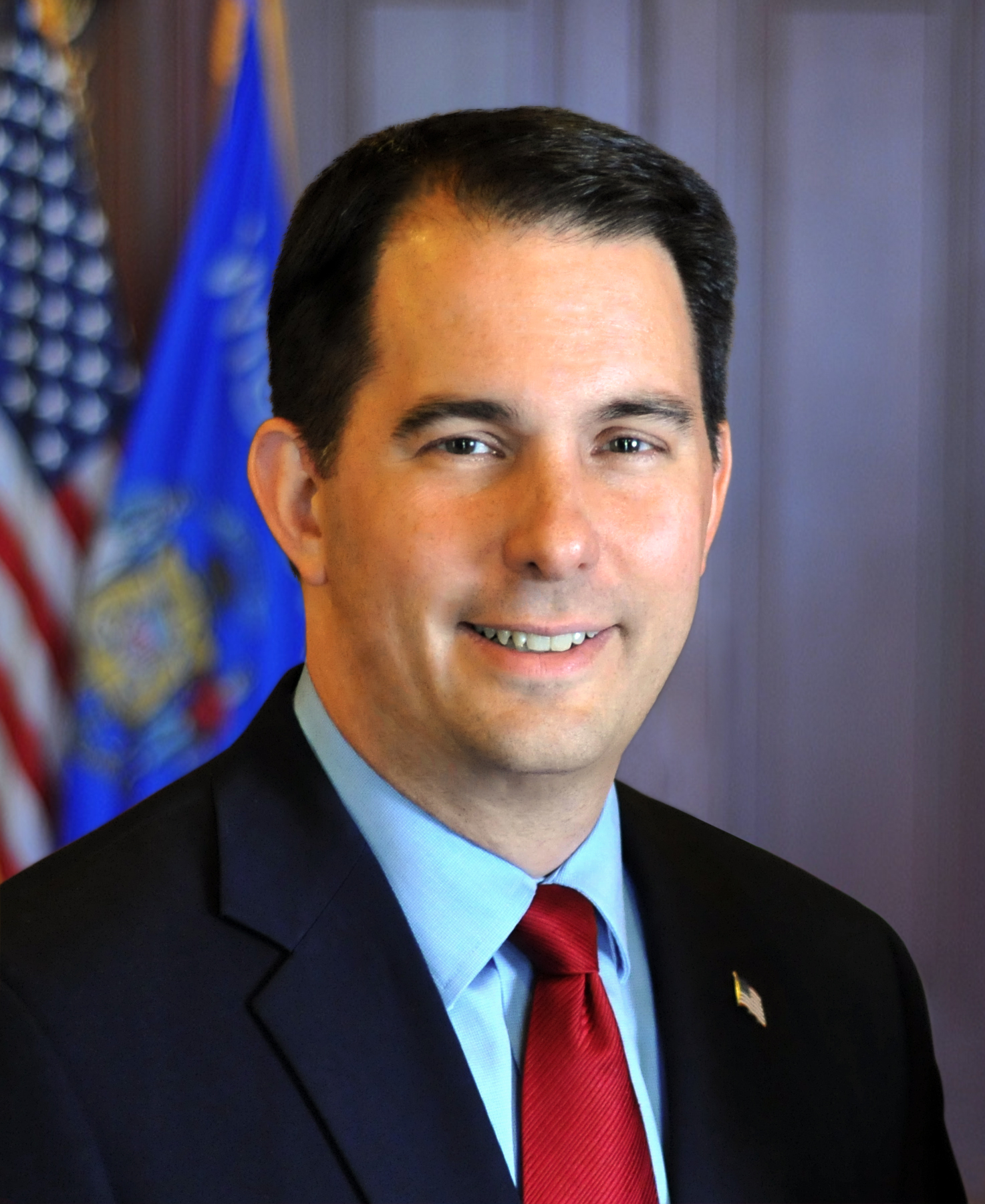 In his eighth State of the State address to Wisconsin citizens, Governor Scott Walker laid out a vision that included several Democratic policies he has rejected in the past. Supporters deem it a call for bipartisanship, while Democratic leaders are calling it a political charade for re-election.

Democrats sitting in the Assembly chamber of the state Capitol found themselves uncomfortably applauding for parts of the governor’s agenda they later said were hijacked from the left.

Some of those measures include a child tax credit, juvenile justice reform, propping up the Affordable Care Act and guaranteeing protection for pre-existing conditions in the health care market.

“We are getting positive things done for the people of Wisconsin,” Walker said more than a dozen times. “Today I am proud to declare that the state of our state, well, it’s historically strong.”

In the hour-long speech, Walker spoke of big investments in education, record-low unemployment and the elimination of the state’s portion of the property tax.

“Just last week the Department of Workforce Development announced that the unemployment rate has dropped to three percent,” Walker said. “The only other time it was that low was in May, June and July of 1999 when Tommy Thompson was our governor.”

Keeping on jobs, Walker did not shy away from the Foxconn deal, which many thought would be a touchy subject in the election year. Total public subsidies for the Taiwanese tech-giant to locate in southeast Wisconsin came to approximately $4.5 billion, according to the Legislative Fiscal Bureau.

“Foxconn will begin construction this year on a $10 billion campus,” Walker said. “Families, workers and companies from across the state will benefit from one of the largest economic development projects in the history of America.”

“Eight years ago… the previous legislature cut funding for schools and local governments,” Walker said. “Today we made the largest investment of actual dollars in K-12 education in history.”

While that fact holds true for actual 2018 dollars, the $600 million in additional K-12 education funds in the budget is not the largest investment in history when adjusted for inflation, which was in 2003, Doyle’s first budget after being elected.

In the Democratic response, Assembly Minority Leader Gordon Hintz was quick to point out the investment followed years of Walker defunding the state’s education system.

“Even for an election year the audacity for Governor Walker to give this speech is really something,” said Hintz. “After making the largest cuts in history to K-12 education he tries to take credit for a one-budget increase in K-12 education.”

In his first budget in 2011, Walker cut $800 million from public schools in an attempt to close a $3 billion budget deficit. In his address, Walker said those cuts helped the state shore up its budget, giving them the ability to invest in those programs today.

In Walker’s comparisons to Doyle and 2010, he did not mention the Great Recession, which created some of the worst nationwide economic conditions in generations. Although the unemployment rate in Wisconsin was approximately nine percent in 2010, that was better than the national average of 10 percent.

Flanked by families from throughout Wisconsin, Walker pitched a $100 tax credit per child that would cost the state $122 million.

“A couple hundred dollars more in the family budget could really make a difference, particularly when getting ready for the next school year,” Walker said.

The funds would come from the projected $138 million surplus in the current budget.

Democrats introduced legislation in January of 2017 for a child care income tax credit at an estimated cost of $49 million but the bill went nowhere.

“I think his main point is he wants to be able to send $100 checks to voters before the election,” said Hintz.

“We have to see if there is an appetite in the Republican-controlled legislature to take up many of these initiatives,” said Senate Minority Leader Jennifer Schilling. “I think there was a level of uncomfortableness with many of these proposals that he is now proposing to put out there.”

Republicans generally supported the idea of sending the budget surplus back to taxpayers, but would not commit to supporting the tax credit.

“I want to see the exact language and talk about it with our caucus,” said Assembly Speaker Robin Vos. “In general I think it’s a good idea to return the money…I want to make sure we have the ability to still look at our tax code in total to make sure we reduce the overall burden for everyone.”

Walker proposed several initiatives in health care that contradict his past positions. He called for $200 million in state and federal money to help hold health care premiums down.

“Our citizens are crying out for a stable health care system,” Walker said. “Washington has failed to act so it is time for us to lead in Wisconsin.”

The plan includes seeking permanent federal approval for the state’s SeniorCare program, which subsidizes prescription drug costs for seniors. In past years, Walker has sought to scale back the program.

Democrats introduced a bill in June 2017 that would have protected those with pre-existing conditions from losing health care coverage. The bill went nowhere.

“After trying to dismantle Wisconsin’s long-term care system in the last budget, [Walker] is now taking credit for that system that exists,” said Hintz.

Walker did push some policies traditionally popular with his Republican base, particularly his welfare reform package. The package includes increasing the work requirement from 20 to 30 hours per week or participation in job training to receive welfare. Recipients would also have to pass a drug test to receive public assistance.

“Public assistance should be more like a trampoline and less like a hammock,” Walker said, repeating a favorite phrase from his recent stops around the state. “We also propose putting asset limits on public assistance so people with giant mansions and fancy cars don’t get welfare checks while hard-working taxpayers have to pay the bills.”

Walker called for a special session to take up the welfare reform package authored by Vos and Senator Chris Kapenga.

The legislature doesn’t have much time to take up Walker’s proposals. It convenes for its last regular session day on March 22.