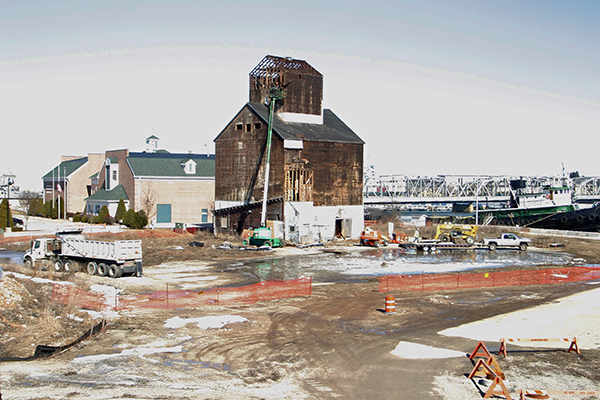 Deconstruction of the Teweles and Brandeis Granary by Kiesow Enterprises was underway Friday, March 2. Photo by Jim Lundstrom.

The Teweles and Brandeis Grain Elevator may have found a new home, and it’s not far from where it has stood for more than a century.

The Sturgeon Bay Historical Society announced Saturday that a private donor has purchased the portions of the Teweles and Brandeis granary owned by Kiesow Construction. Plans are underway to move the structure across Sturgeon Bay to the Shipyard Development property immediately east of the Oregon Street Bridge.

Kelly Avenson of the Sturgeon Bay Historical Society said the group is not sure exactly how it will be used.

“Right now we’re just really excited we have an opportunity to do something exciting with it,” Avenson said.

The move requires the approval of the Sturgeon Bay Common Council. SBHS has requested the city grant a temporary use permit for storage of portions of the grain elevator on the Shipyard Development property while a plan is developed. That request is on the Tuesday, March 6 Common Council agenda.

Avenson said members of the historical society approached Peter Moede, managing partner of Shipyard Development, about the idea. Moede said the idea was worth exploring, and sent a letter to Community Development Director Marty Olejniczak expressing his interest in exploring possibilities for the structure over the next 60-90 days.

Christie Weber said the group envisions a community effort to develop a plan for the structure’s use. 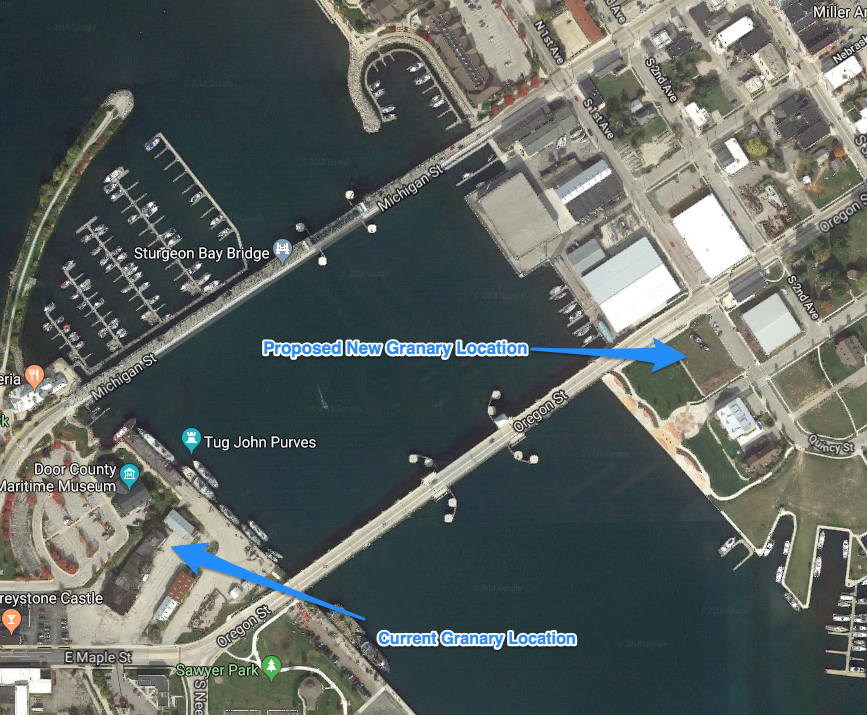