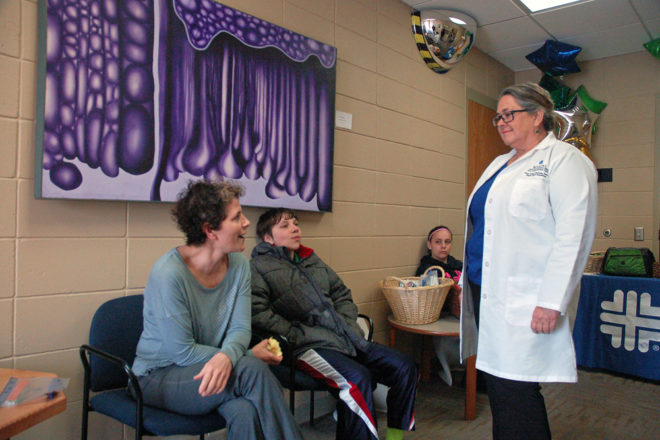 “People ask me, what’s the difference. I say, why don’t you ask me the similarities? There are a lot of similarities,” she said on April 30 at an open house for the clinic, which opened its doors to patients on Feb. 15.

The clinic is housed at the Southern Door School.

“Even though we are housed under the same roof as the school, we are not attached to the school,” she said. “We provide primary care service to people of all ages. We are doing well care and a little bit of walk-in care. So far my youngest patient was six months old and my oldest 89.”

The clinic has a very small footprint, with a reception area, an exam room that also serves as Herlache’s office, and a small room that is used for lab work.

“I’m really happy to see that it’s come to be,” she said.

North Shore Medical Clinic – Southern Door serve patients Mondays, Wednesdays and Fridays. Exams are available for a same-day cash payment of $65, or can be billed to insurance (deductibles apply). Lab work is also available. Call 920.746.3664 for an appointment.