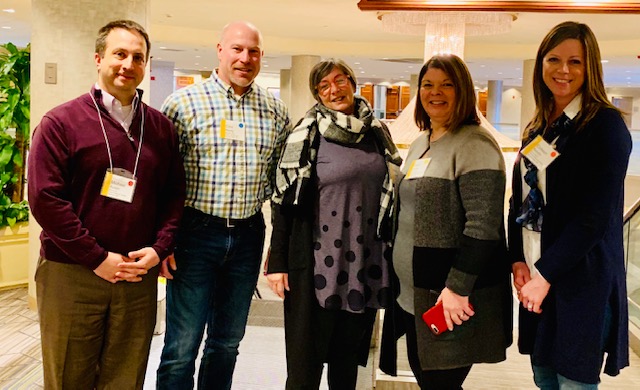 One of these is elder abuse. I’m sure you’ve heard about some of the phone scams targeting older citizens, asking them to send cashier’s checks or verify banking or credit-card information. Financial abuse is one form of elder abuse. Others include harassment, stalking and neglect, which includes self-neglect. And as with many complicated issues, co-occurrence is very common.

If that’s the bad news, then the good news is that there is a Door County phenomenon that is rare and special: agencies collaborate at an extraordinarily high level. Our small size and the fact that people know each other personally as well as professionally makes for an atmosphere of cooperation not often seen.

The Wisconsin Department of Justice (DOJ) is the state’s administration agency for federal justice-grant funds. Wisconsin’s DOJ develops statewide strategies, determines funding priorities and advises the governor and legislature on justice policy issues. In late 2018, Mike Austin of the Wisconsin DOJ announced a three-year grant focusing on elder abuse – not just for Door County, but also for Outagamie County, the City of Milwaukee, the City of Madison and the Oneida Nation.

Teams for each area include representatives of the local domestic-violence agency, law enforcement, direct services, judges and prosecutors. For four days in early January, Team Door County attended a conference in Washington, D.C., to learn more about how the grant will be implemented. Door County team members are Colleen Nordin, Door County district attorney; Carol Lenius of Adult Protective Services at the Door County Department of Human Services; Lt. Clint Henry of the Sturgeon Bay Police Department; and Anni Lampert, advocate at HELP of Door County.

The first year of the grant is about training, beginning with training a cadre of trainers who will in turn train local law enforcement. Although collaboration across disciplines is common here, all of the grant partners will be helping their respective organizations to internalize that high level of working together in ways that become ingrained in their organizational DNA.

Key training points are focusing on victim safety, recognizing abuser tactics, understanding how abusers justify their behavior, identifying victim-indicator red flags, being aware of common assumptions about elder abuse and being just as aware of the community’s assumptions about those who serve people who are experiencing elder abuse.

In the second and third years of the grant, training will expand to include investigators and detectives in law enforcement and those who work in health-care, financial and other services. Identifying caregiver stress and supporting caregivers will be another focus for the team.