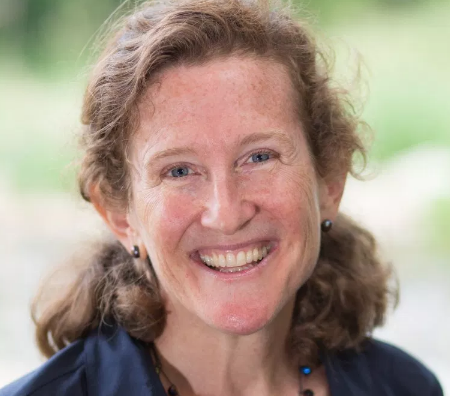 Great Lakes advocates were closely watching the latest Democratic presidential debates to see whether any of the candidates picked up on the Great Lakes platform issued by Healing Our Waters Great Lakes Coalition and five Great Lakes governors (see sidebar).

“They didn’t mention the Great Lakes specifically. There was some time, not very much, spent on water and infrastructure issues,” Laura Rubin, director of Healing Our Waters Great Lakes Coalition, told the Peninsula Pulse the day after the first of the two debates. (The Pulse went to press before the second debate.)

“So I would say some of the issues on our platform were touched on, but not as extensively or deeply as we were hoping for, and similarly, not really a depth of what some of the candidates would do to address the issues,” she said. “I know that much of the presidential conversations are focusing on health care and job creation, which are vital issues, but when we travel around the Great Lakes, we see a lot of families that don’t have access to clean drinking water, and for them, everything else is secondary. We feel that’s not acceptable.”

The coalition, headquartered in Ann Arbor, Michigan, represents more than 160 advocacy groups throughout the Great Lakes states and two Canadian provinces. Recognizing that presidential leadership is essential, the platform asks presidential candidates to stand up for Great Lakes issues that include:

• Supporting $475 million for the Great Lakes Restoration Initiative (GLRI), which funds nutrient-reduction efforts, wetlands restoration and problem-area cleanup. This proposal is echoed by a bipartisan group of legislators, including Sen. Tammy Baldwin and Rep. Mike Gallagher, who introduced legislation last week to incrementally increase GLRI funding from the current $300 million annually to $475 million in the next five years. Studies indicate that every $1 invested in Great Lakes restoration produces at least $2 of economic benefit – and some studies suggest the return on investment is closer to six to one in the form of increased property values, tourism and tax revenue.

• Prevent Asian carp and other invasive species from entering the Great Lakes.

“The coalition has been doing this for the presidential campaigns, and it’s been very effective in raising the level of awareness on our issues in the Great Lakes,” Rubin said. “I think it also not only presents what our priorities are, but it really coalesces our coalition on these issues.”

For the past two years, President Trump’s budget has eliminated GLRI funding, but both times the $300 million was restored because, Rubin said, of the bipartisan support for the effective GLRI projects – 4,700 of them since 2010.

“One of the reasons we’ve been effective in getting the GLRI funding, we don’t have divisiveness in the Great Lakes region,” Rubin said. “We’re very clear on what the needs are and can make a very compelling case about where those funds will go and what the needs and outcomes are. We want to continue this tradition. It’s a really unique issue with all that’s going on with politics. We do have Democrats and Republicans saying, ‘We care about the Great Lakes. We need to invest in them.’ We don’t have many issues like that.”

Rubin said it helps tremendously to have five of the eight Great Lakes state governors offer their own Great Lakes platforms to the candidates, even though it was not a united front of all the governors (Democrat Andrew Cuomo of New York and Republicans Mike DeWine of Ohio and Eric Holcomb of Indiana were holdouts).

“That was under [Michigan] Gov. Whitmer’s leadership,” Rubin said. “We were hoping we would get Republicans, but we were very happy to see the governors that did sign on to that.”