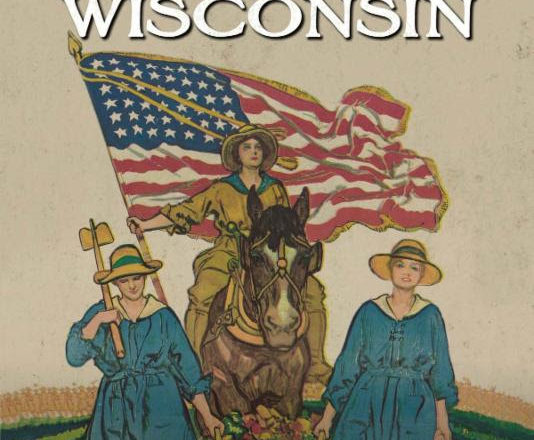 Examine Wisconsin’s response to World War I 100 years ago in The Great War Comes to Wisconsin: Sacrifice, Patriotism, and Free Speech in a Time of Crisis, a new Wisconsin Historical Society Press book by Richard L. Pifer.

The Great War Comes to Wisconsin captures the American home front experience through a Badger State lens, detailing the political debates over war policy, the worry over loved ones fighting overseas, the countless everyday sacrifices, and the impact of a wartime hysteria that drove dissent underground.

The book also includes letters and accounts from soldiers fighting the war from Wisconsin’s famed 32nd Division, a National Guard unit that became one of the most storied divisions of World War I.

In this centennial year of World War I, The Great War Comes to Wisconsin examines the sacrifices made, patriotism rallied, and anti-war free speech battles fought on the American home front during the first “War to End All Wars.”

Pifer retired in 2015 from his position as Director of Reference and Public Services for the Wisconsin Historical Society’s Library-Archives Division. He received a PhD in American history from the University of Wisconsin-Madison. His historical research was focused on homefront history in Wisconsin during the First and Second World Wars. Dr. Pifer is also the author of City at War: Milwaukee During World War II. For more information visit wisconsinhistory.org/whspress.