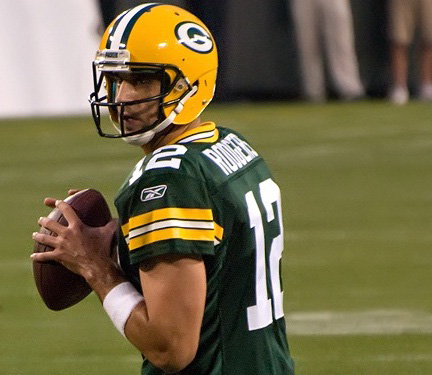 The Green Bay Packers will wrap up their three-game road trip in Philadelphia with hopes of snapping a four-game losing streak with a win over the Eagles on Monday Night Football. The Packers are coming off a 42-24 loss to the Washington Redskins on last week’s Sunday Night Football while the Eagles look to recover from their 26-15 loss to the Seattle Seahawks.

Following a 3-1 start to the season, Green Bay’s record has since staggered to 4-6, leaving them in third place in the NFC North behind the Detroit Lions and Minnesota Vikings, who are tied for first with records of 6-4. With both the Lions and Vikings earning victories last week, Green Bay must string together victories of their own in order to close the gap and hope for a postseason berth. Green Bay’s final two games of the season will come against the Lions and Vikings and will certainly have playoff implications for at least one of the three teams.

Similar to Green Bay, the Philadelphia Eagles were off to a fast start in September. Philadelphia won its first three games before losing five of their next seven games. At 5-5, the Eagles are in last place in the NFC East division, arguably the toughest division in the NFC. The Dallas Cowboys hold the top spot in the division, with an NFL best 9-1 record. The New York Giants (7-3) and the Redskins (6-3-1) place second and third, respectively. Despite their current last place standing, the Eagles have a legitimate chance of making a late season run as a wild card in the playoffs.

The history between the Packers and Eagles dates back to 1933. Green Bay won the first nine contests until Philadelphia came away with their first victory over Green Bay in 1947. During a 40-year span beginning in 1933, the Packers won 16 of 18 matchups. However, it was a loss to the Eagles in the 1960 NFL Championship that sparked the Packers’ Vince Lombardi to vow to “never lose another championship game again.” That held true for Lombardi as he went on to win five championships in the decade and finished with a 9-1 postseason record.

Green Bay and Philadelphia would meet twice more in the postseason after Lombardi received his lone playoff loss at the hands of the Eagles.

The Divisional Playoff game between the Packers and Eagles during the 2003 NFL playoffs was remembered for the infamous “4th and 26” play that led to the Packers’ defeat. Green Bay led 17-14 late in the fourth quarter. Philadelphia, without any timeouts remaining, found themselves facing fourth down with 26 yards to go for a first down with only 1:12 remaining in the game. To the shock of many, the Eagles converted the first down, tied the game with a late field goal, and eventually won it in overtime, 20-17.

Playing in their second straight primetime game, all eyes will be on the Packers, who are facing a must-win game.