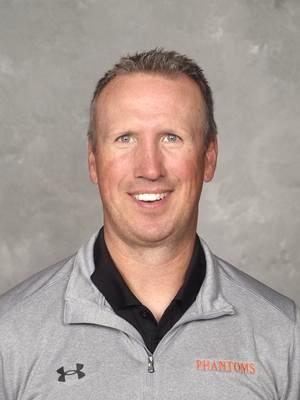 Greisen said there is “less stress as a player” preparing for a state championship game than as a head coach, who must deal with all the logistics of playing in a title game while keeping the same weekly routine leading up to this season’s 14th and final contest. His 12-1 Phantoms will take on Kettle Moraine (10-3) on Nov. 18.

Greisen was a senior in 1993 when the Clippers lost 25-20 in the Division 3 championship game to Ashland.

He is in his third season as the Phantoms’ head coach after serving as an assistant coach at Green Bay Notre Dame, Green Bay Southwest and Freedom.

Prior to joining the coaching ranks, Greisen won an NCAA Division II national championship in 1998 at Northwest Missouri State. He was drafted by the Arizona Cardinals in the seventh round of the 1999 NFL draft and saw playing time as a back-up quarterback in the NFL.

He also played quarterback in the Arena Football League following his playing days in the NFL and runs the Chris Greisen Quarterback Academy.