It took all of five seconds after Rep. Joel Kitchens’ opening remarks at his Dec. 5 listening session in Sturgeon Bay before constituents set forth the theme for the hour: groundwater contamination. A bystander may have thought the election hadn’t happened yet and the listening session was simply another debate between Kitchens and Lynn Utesch, his democratic challenger in the election for state assembly.

“We have to change the mentality here, not just keep promoting technology because technology got us where we’re at,” said Utesch on the proposal to implement a manure biodigester in Kewaunee County. “We know that digesters do not fix groundwater. Their only purpose is to create methane to burn. Why are we spending millions and millions of dollars on something that hasn’t been proven to work?” 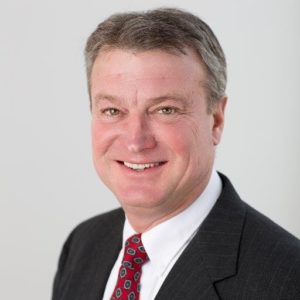 Despite the biodigester being located in Kewaunee County, it was the most popular topic at the Sturgeon Bay listening session.

“Biodigesters do not do anything to the groundwater but they are the first step in a process that will help the groundwater,” responded Kitchens. “The large farms are not going away. They’re just not. That’s where technology is going to be a solution in this.”

Gov. Scott Walker brought the idea of a biodigester in Kewaunee County with the $20 million subsidy from the Public Service Commission (PSC) suddenly on Nov. 17, to the surprise of residents and even Kitchens.

Residents during the Kewaunee County session in Algoma were very skeptical about the success of a biodigester and felt ignored at the governor’s heavy-handed approach to solving the problem from his office in Madison.

“How much more can this community shoulder? We are the people that are living here with all of this shit,” said Nancy Utesch at the Algoma listening session. Nancy Utesch cited a biodigester in Waunakee, just north of Madison, that proved unsuccessful on delivering on its emission and energy promises.

The Waunakee biodigester suffered three manure spills and an explosion on top of dozens of regulatory violations. The digester was sold to the California-based Clean Fuel Partners LLC in 2015 and has not had any problems since.

WisconsinWatch.org reported that there were 34 operating manure digesters in the state in 2014, the most of any state in the nation.

Kitchens said he would ensure that Kewaunee residents did have a voice in the biodigester process, but he still believes that technology will ultimately play a large part in the solution.

“The one in Madison did not work very well. We’ve learned from that. The technology has improved dramatically since then. It’s so foolhardy to say we can never have biodigesters,” said Kitchens.

Kitchens belief in technology, however, is at odds with Kewaunee residents who seek fewer cows in the county as the true solution regardless of the effectiveness of technology. They were unconvinced with Kitchens’ claim that the rewritten rules about nutrient management will truly change anything, despite the fact they will be binding rather than voluntary. The “fast-tracked” changes, meaning they will take one year rather than the standard three or four, were unsatisfying. The $20 million subsidy from the PSC (used as a way to start the business which would hopefully support itself through sale of energy without further government dollars) could have Kewaunee residents feeling as if they were being forced to pay for their right to clean water.

Part of the disbelief in the process that is underway comes at the heels of a reorganization of the Department of Natural Resources (DNR), which has been downsized while proving unsuccessful at enforcement of complaints. A report by the Legislative Audit Bureau found 94.1 percent of violations were not followed up on by the DNR.

“A lot of [the reorganization] is so they have more personnel to deal with CAFO issues. That’s their plan,” said Kitchens. “We do need to ask for more efficiency of our government.”

Although the DNR has said that services will not be sacrificed during the reorganization, which, according to Door County conservationist Greg Coulthurst, includes the elimination of Door and Kewaunee county’s foresters, time will tell if the restructuring proves efficient enough to allot more time and resources to state issues including groundwater contamination.

The room was relatively quiet during the infrequent discussions not related to groundwater and farm management, which included the expansion of voucher schools, road funding and improved broadband.

“[Voucher schools] diminishes the ability of our public schools to fund education,” said a resident in Sturgeon Bay. “It does decrease what they’ve got coming in. There’s only so many tax dollars out there.”

While Kitchens maintains that the voucher schools have had a negligible effect on Door and Kewaunee county school districts, he is skeptical of the expansion of voucher schools.

Kitchens added that in the 26 years that voucher schools have been used, neither Democratic nor Republican administrations have ever presented a bill to discontinue them.

An impromptu poll on solutions to unsustainable road funding revealed mixed support of increases in gas tax and tolls on the highways.

But groundwater reigned supreme on the minds of the residents in Wisconsin’s first assembly district. Continued reorganizing at the DNR, which some have called a dismantling, will keep the topic at the forefront of Kitchens’ mind as he heads into the next legislative session in 2017.