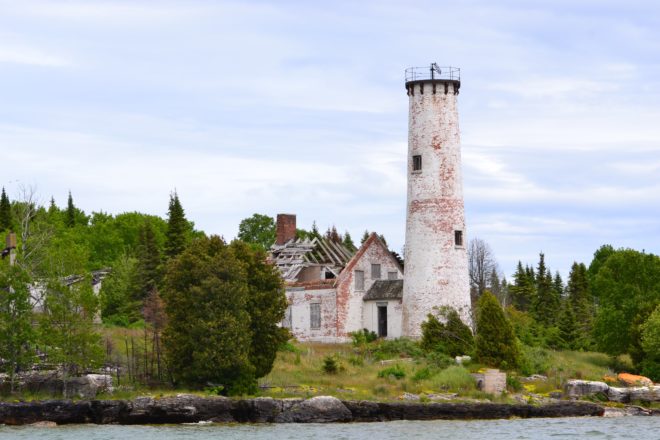 Lake Michigan’s Poverty Island is a 186-acre link in the Grand Traverse Island chain that stretches from Wisconsin’s Door Peninsula northeastward to the Garden Peninsula in Upper Michigan.

It is home to a historic light station that has fallen into a state of disrepair since the U.S. Coast Guard (USCG) abandoned the buildings there many years ago.

The light on Poverty went into service in 1875. Its purpose was to mark a safe passage for ships in and out of the north end of Bay of Green Bay. The station was automated in 1958. A light hasn’t shown from the top of the tall brick tower since 1995 when it was deactivated.

Federal jurisdiction of the island is expected to transfer to the U.S. Fish and Wildlife Service (USFWS) at some point in the future after the USCG remediates contaminated soil issues found there.  Poverty would then join Hog, Plum, Pilot, St. Martin, and Rocky islands all of which are now part of the Green Bay National Wildlife Refuge.

A two-acre portion of Poverty, however, may be turned over to a nonprofit organization whose members would work toward preserving the historic lighthouse that is located along the southern end of the island. Christine Williams, leader of the Michigan Lighthouse Service, has expressed an interest in trying to turn the tide of deterioration.  Her group has worked to stabilize Manitou Island and Gull Rock light stations, both located off the shore of Michigan’s Keweenaw Peninsula.

Williams stated, “To stop continued deterioration in the very near term we need to get a roof on the light keepers building and seal the top of the light tower. Then we need to remove the rotting materials that have collapsed into the crawlspace, allowing the structures to breathe and dry out.” 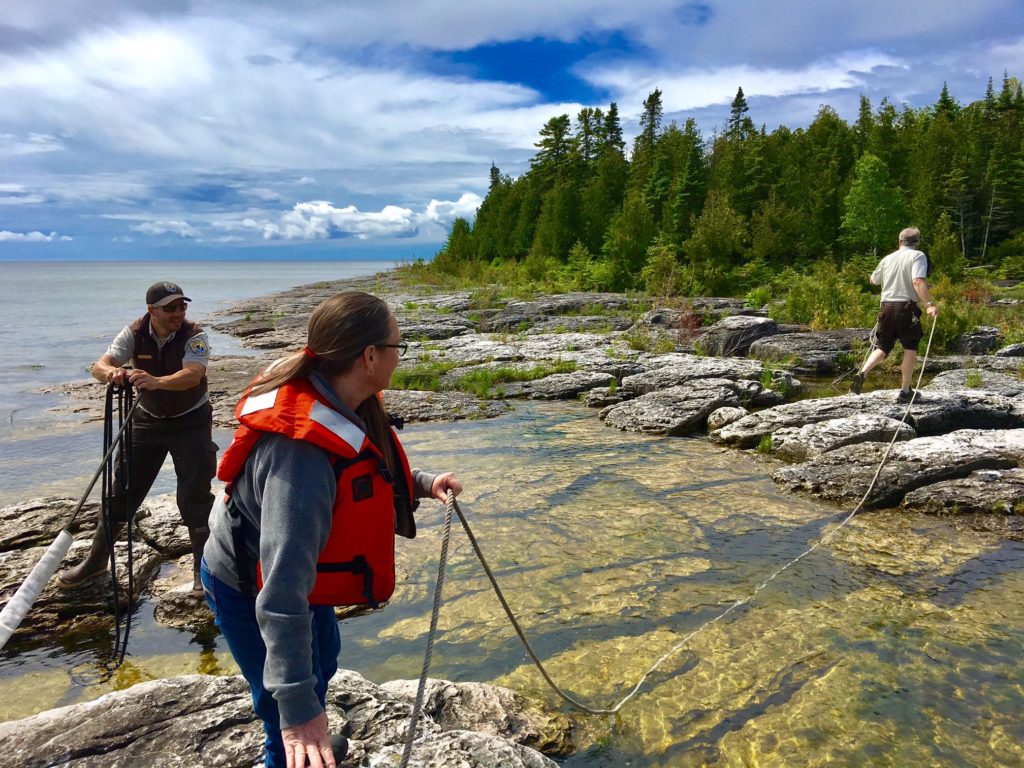 Years of negligence have taken their toll on the historic structures.  The roof of the keeper’s house is open to the elements, resulting in the collapse of the second and first floors. The interior of the house is filled with debris. Some windows and doors are boarded up on the structure; others remain wide open.

Spalling bricks on the tower have allowed moisture to penetrate, and when combined with the freeze-thaw cycle, could ultimately lead to its demise. An adjacent assistant keeper’s house has a roof that collapsed, also leaving behind a mess that is a shame to see.

John Lauber, a historic preservation consultant suggested, “It might be possible to get the Coast Guard to complete Historic American Engineering Record (HAER) documentation of the Poverty Island Light preparatory to the land transfer to the nonprofit. As a federal agency, the Coast Guard is required to identify and protect its National Register-eligible properties as part of its responsibilities under Section 106 of the National Historic Preservation Act of 1966. According to the National Register database, the Poverty Island Light was listed in 2005. At the moment, structures at the station are threatened by severe deterioration resulting from long-term neglect on the part of the USCG. The HAER program is intended to ‘preserve’ threatened properties by creating a permanent record with written data, drawings, and photographs. This information is archived at the Library of Congress.”

Last June a forest fire believed to have been sparked by a lightning strike came within feet of the light station. Firefighters installed sprinklers on the buildings that helped to save them from the flames. Now another savior needs to step in soon to change what seems to be almost inevitable. 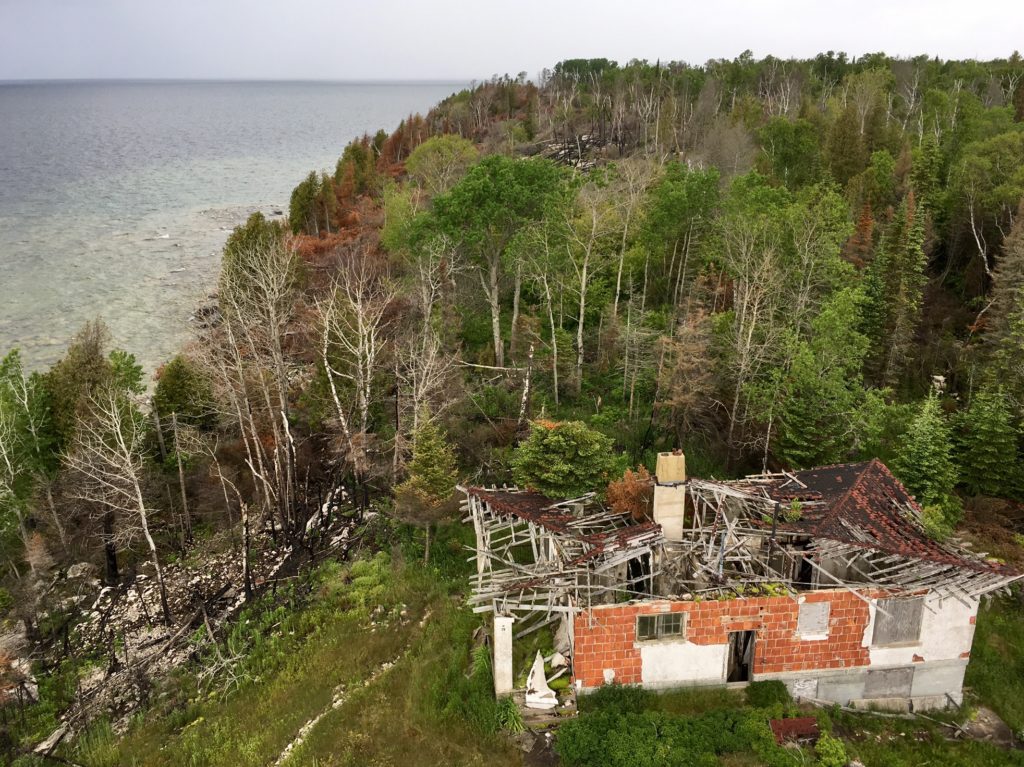 “Poverty Island Light Station will grace us once again with its charm and quaintness,” Williams said optimistically.

The island’s relative isolation will make stabilization efforts challenging. It is about a 25-mile boat ride from Detroit Harbor on Washington Island, and approximately seven miles from Fairport, Mich., at the southern tip of the Garden Peninsula.

Furthermore, there is no dock on Poverty Island, which often makes it difficult to land a boat on the shore.