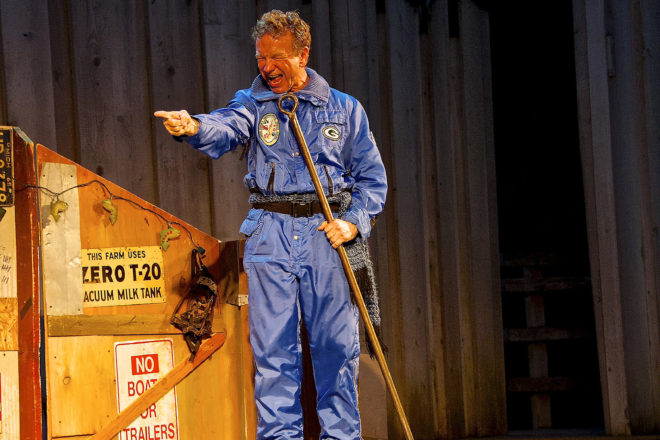 This hilarious musical comedy, with book and lyrics by Fred Alley and music by James Kaplan, will charm your wool socks off as Marvin and Lloyd sing about life, love and the one that got away while keeping warm with a healthy appreciation of good bait, cold Leinies, and the Green Bay Packers.

The story follows Marvin as he anxiously awaits his opportunity to appear on a cable TV fishing show which he believes will make him a household name; while his buddy, Lloyd, ponders a recent squabble with his wife concerning plans to spend their wedding anniversary at Lambeau Field watching the Packers play the Bears. A fellow angler, Ernie the Moocher, pokes his head in the shanty now and then, always out for a beer or a stick of jerky.

This show, presented by Go Fish Productions, once again features Doug Mancheski and Steve Koehler. Mancheski, an audience favorite with Northern Sky Theater, has been playing the role since its inception in 1998 where he played opposite the late Fred Alley, the book writer, who originated the role of Lloyd.

Guys on Ice will be performed at 2 and 7:30 pm. Trueblood Performing Arts Center is located on Washington Island. For more information and to buy tickets visit truebloodpac.com.