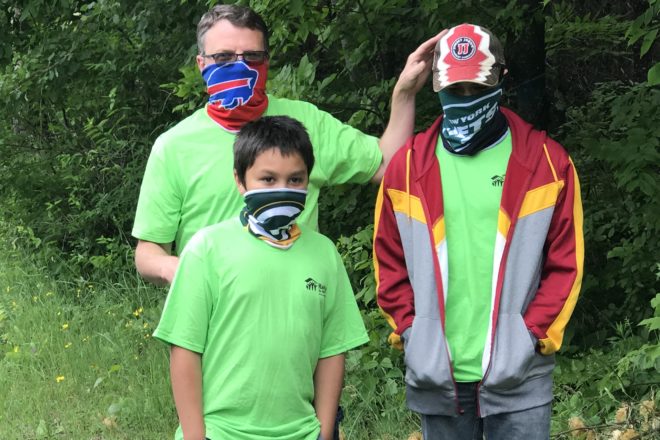 Single dad Doug Marvin said every time he tries to express how he feels about the new home he and his sons will soon own, the words fail him.

“It’s hard to put into words,” he said. “I’m just so grateful and overjoyed.”

That joy and gratitude were overflowing Tuesday during the ceremonial groundbreaking of the latest Door County Habitat for Humanity home, located on a five-acre parcel on Logerquist Road in Baileys Harbor.

As a daycare provider and teacher at The Children’s Center in Sister Bay, Doug said homeownership, until now, has always been out of reach for him and his two sons, Emiliano, 16; and Richard, 10. Costs for the home are kept low thanks to donations from area individuals and businesses, as well as most of the work being completed by volunteers. Doug will also contribute 200 hours of volunteer time during the build.

Once the home is completed, the family will purchase it from Door County Habitat for Humanity with a 0-percent-interest mortgage. Dave and Carrie Link donated to the build by selling the land below market value; Katy Andino and Jerry Lecy contributed a significant amount of money to pay the rest of the cost for the land; and the Marvins’ church community, St. Luke’s Episcopal Church, carried out a matching campaign for donations for the land and the overall build.