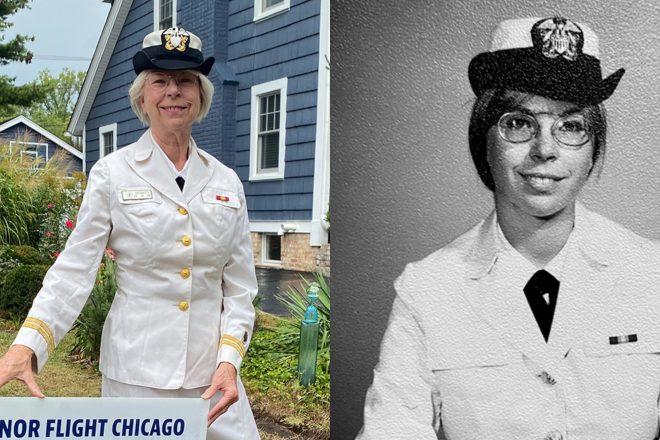 Honor Flight Chicago and other leading veterans groups have launched Operation HerStory (OperationHerStory.org), an initiative dedicated to highlighting the vital contributions of women veterans. The group’s inaugural effort was an Oct. 6 all-female, all-expenses-paid specialty flight to Washington, D.C., for women veterans to visit the national war memorials built in their honor. Diana Hackbarth, a longtime Jacksonport summer resident, was among those honored.

Any woman veteran who served on active duty in any branch of the military during WWII, the Korean War, the Vietnam War, or between 1940 and 1975 is eligible. Applicants do not need to be combat veterans or have served overseas.

“There were more than 100 nurses in my 1968 graduating class from Loyola University Chicago,” Hackbarth said, “and about 10% joined the Navy Nurse Corps during the Vietnam conflict. We were commissioned as naval officers during our senior year and had a commitment of two or three years of active duty in return for financial support of our university education. I was stationed at the Naval Hospital San Diego and later in Taipei, Taiwan, R.O.C., caring for wounded military personnel.”