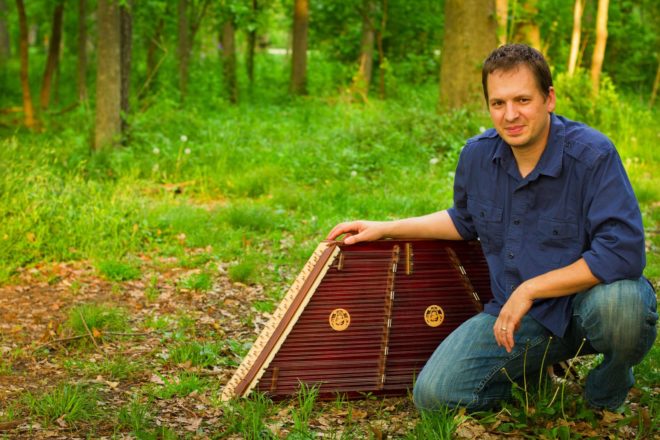 Critically acclaimed musician Ted Yoder is widely considered “the Béla Fleck of the hammered dulcimer.” Though he’s a visionary artist in his own right, the comparison holds water in that Yoder profoundly reimagined his instrument of choice, inventing a fresh musical vocabulary along the way—“Yoderizing”—and his virtuosity is boundless. His recorded body of work has garnered him plaudits from the jam band community, the folk scene, worship music fans, and music lovers of all ages.

The Goshen, Indiana-based instrumentalist-composer-singer has dazzled audiences nationally in diverse settings. In intimate gatherings, club venues, festivals, and comfy bar and grill performances, Yoder forges meaningful bonds with the audience. His charisma and warm candor come through as he tailors each set to the energy of the audience. During shows he’s been known to take questions about the hammered dulcimer, and sometimes explains his unique approach to music making on the hammered dulcimer.

Tickets are $29 for general seating and $34 for premium seating. For tickets or more information visit birchcreek.org/tickets.