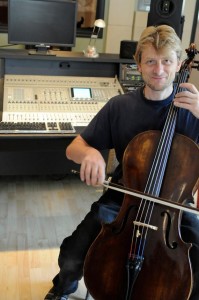 Han Christian in his new Studio 330. Photo by Dan Eggert.

Only a musician could call Han Christian’s life typical: growing up in Germany, relocating to Hollywood, then San Francisco, appearing on the popular television show Solid Gold, working with Robbie Robinson and Billy Idol. The classically trained cellist, who became interested in rock music, especially the bass guitar as a teenager, has been apart of the Door County community for six years.

Since his relocation to the peninsula, Christian has made Sister Bay his home, running a recording studio named Allemande Music and continuing to be involved in a number of musical projects. However, Sister Bay was a bit “too quiet,” according to Christian. “I was looking to relocate, considered Los Angeles or Santa Fe, but finally decided Sturgeon Bay was a great choice – not just because it was affordable, which it is, but because there is room for growth.” Christian believes that Sturgeon Bay is experiencing something of a “renaissance, not just musically. There is momentum.”

After demonstrating the various features of his new state-of-the art recording dock, complete with silver switches, green blinking lights, and a digital screen, Christian sits on a green sofa, centered in the helm of his new studio, Studio 330, named after its address of 330 North Third Street, Sturgeon Bay. Outside the window, a van is parked and active carpenters and electricians work to place the final touches on the renovated studio.

Christian’s plans for the studio range from personal to collaborative to rental work. “If someone wants to record a song; they can come in a I will help them record it.” He also plans to use the space as an active center for learning. “I want to give kids an idea of what you do in a studio – exposure,” he says. “I also want to offer a workshop for others who have recording studios, a class to present work and help each other get better.” He plans on offering special discount rates to local musicians who wish to record. 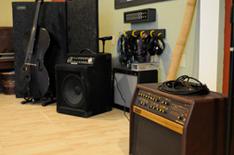 Christian’s interest in recording began when he was in Los Angeles and became inspired to compose music. Relocating to San Francisco, he began recording what he calls “trance, electronic, and neo-classic music” in his own studio. American Folklore Theatre members, Fred Alley and Doc Heide, used Christian’s space. They became friends and collaborated together, encouraging Christian to move to the Door County area.

“I have been embraced by the county,” says Christian. “But I feel needed, not many can do what I do.” His resume boasts over a dozen of his own records and over 60 other albums he has helped create. His interests and musical endeavors expand beyond recording. Christian is involved in a number of projects, nationally and internationally. He is currently composing a soundtrack for a film in San Francisco and is releasing a CD, Sancta Camisia, a solo cello recording he completed live, improvising in various locations of the Chartres, an ancient cathedral in France.

“It was really intense,” he says, recalling his experience playing after hours in the crypt and catacombs of the cathedral. 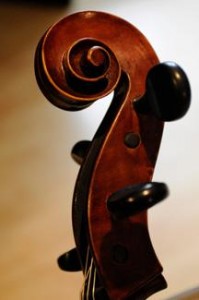 For now, he is the only person trained to use the equipment in Studio 330, though he considers eventually hiring an intern.

“Who knows,” he shrugs his shoulders, smiling at the studio’s prospective future.