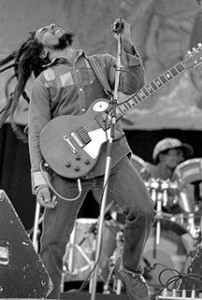 This Friday, Feb. 6 marks what would be the 70th birthday of reggae music legend Robert Nesta “Bob” Marley. While it has been nearly 34 years since Bob Marley’s death at the age of 36, his influence on art, music and culture throughout the world has persisted.

He was not only the most influential reggae musician of all time, but a fierce messenger of love, peace, unity and social justice. During his musical career, which began with The Wailers (originally made up of Neville Livingston, also known as “Bunny Wailer,” Peter Tosh, Beverley Kelso, Junior Braithwaite and Cherry Smith) in the early 1960s, Marley was a catalyst for bringing the sound of reggae out of Jamaica and onto the world stage.

During his 17-year career, Marley released more than a dozen studio albums, a handful of live albums, and six compilation albums.

In honor of his legacy, we present to you some little known facts about the Jamaican musician, whose music and spirit will undoubtedly continue to influence the world over for years to come.

1. His 1977 album with The Wailers, Exodus, was named Time Magazine’s “Best Album of the Century” in 1999 while his song, “One Love,” was named the “Song of the Millenium” by BBC that same year.

3. He received great accolades for his humanitarian efforts in appealing for justice and peace, namely the United Nations’ Peace Medal of the Third World in 1978.

4. His music was never recognized with a Grammy nomination though he was posthumously bestowed the Grammy Lifetime Achievement Award in 2001. 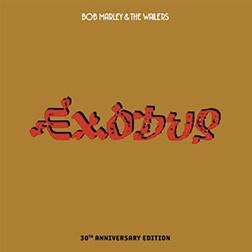 5. An eight-block stretch of Church Avenue in Brooklyn was renamed “Bob Marley Boulevard” in 2006.

6. At the age of 14, Marley reluctantly pursued a position as a welder’s apprentice but after a steel splinter became embedded in his eye, he quit welding to focus on music.

7. During 1973-74, The Wailers began touring the United States, which included opening for a relatively unknown Bruce Springsteen in New York City. They also toured with Sly and the Family Stone but were cut from opening after four dates because they began to upstage the headline act.

8. In December 1976, an assassination attempt was made at Bob Marley’s Kingston home when gunmen opened fire. No one was killed, though his wife, Rita, and manager Don Taylor both underwent surgery to remove bullets.

9. His final set was at Stanley Theater in Pittsburg, Pennsylvania on Sept. 23, 1980, two days after he learned that the cancer that began in his toe in 1977 had spread throughout his body.

12. In honor of Marley’s vision of a better tomorrow, his family started the non-profit 1Love Foundation, dedicated to giving back to charities that empower individuals throughout the world. To date, the foundation has completed more than 30 fundraising projects and donated more than $1.3 million to causes. For more information, visit BobMarley1Love.org.