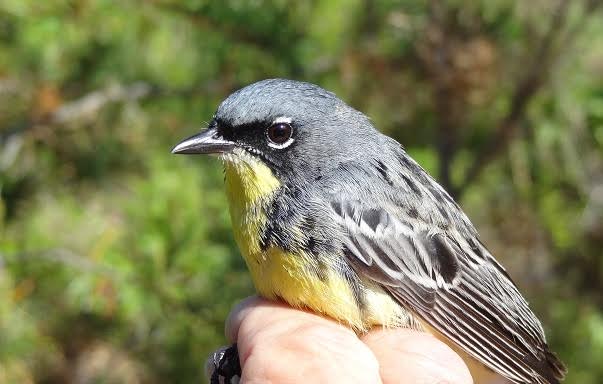 Kirtland’s warbler is a wood warbler that measures five inches long, weighs less than a half-ounce, and migrates to the Bahamas for the winter. The first nest was confirmed in Wisconsin in 2007. Photo courtesy of the DNR.

Recognizing that history is is riddled with poor judgment and bad ideas, a few years ago the Ohio Historical Society created a list of the state’s top historical blunders.

At No. 1 was Cleveland’s Cuyahoga River bursting into flame in 1969. And at No. 5 was a monumental error in judgment by an 1857 Senate committee that was investigating protections for the passenger pigeon and issued this statement about the inexhaustibility of the pigeon:  “The passenger pigeon needs no protection. Wonderfully prolific, having the vast forests of the North as its breeding grounds, traveling hundreds of miles in search of food, it is here today and elsewhere tomorrow, and no ordinary destruction can lessen them, or be missed from the myriads that are yearly produced.”

Yet by the end of the 19th century, the passenger pigeon had been wiped from the landscape. The last known passenger pigeon, a female called Martha, died at the Cincinnati Zoo on Sept. 1, 1914. She was estimated to be 29 years at death, and she never produced a fertile egg.

It seems entirely fitting that as we celebrate the 100th anniversary of the passage of the Migratory Bird Treaty Act, the U.S. Fish & Wildlife Service (USFWS) announced that the little Kirtland’s warbler has made enough of a comeback to be removed from the federal endangered species list, where it has been since 1967. 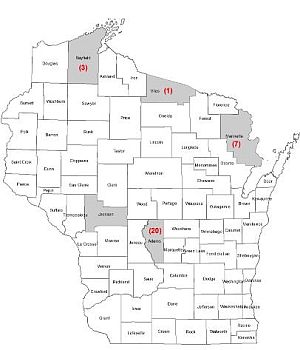 The Migratory Bird Treaty Act signed by the U.S. and Canada in 1918 was meant to put an end to the commercial trade in feathers, which were prized fashion accessories of the time, and it remains a remarkable and visionary act of conservation that comes to us from a time when most folks saw no end to nature’s bounty.

Kirtland’s warbler was first discovered in the United States in 1851 by an Ohio doctor named Dr. Jared Kirtland, who presented the previously unknown bird as a specimen to Dr. Spencer Baird of the Smithsonian Institution, who named the bird for Dr. Kirtland. It would be another quarter-century before the bird’s wintering grounds were discovered in the Bahamas.

The first nest was discovered in 1903 in Oscoda County in north central lower Michigan. That is where the largest populations of the warbler are known. In 1961, 502 singing males were detected in only the second census of the Kirtland’s warbler. In 1967 the bird was listed as endangered, a move reiterated in 1969 when it was listed as endangered under the new Endangered Species Conservation Act.

The third census of the bird in 1971 showed a 60 percent decline, with only 201 singing males detected. That led to the formation of a Kirtland’s Warbler Advisory Committee, which was charged with habitat research, proposing restrictions on human activity near known nesting areas, starting a cowbird control program (cowbirds steal Kirtland’s warbler eggs from their nests) and to locate funding for the projects.

And then, suddenly, all those efforts started paying off. In 1994, the first nesting Kirtland’s warblers were documented in the Upper Peninsula of Michigan for the first time. In 2001, the recovery goal of 1,000 pairs was surpassed. In 2007, nesting was documented for the first time in northern Wisconsin and Ontario.

In 2011 the U.S. Fish & Wildlife Service, Michigan DNR and Michigan Forest Service signed a memorandum of agreement to continue management of the species, regardless of its status under the Endangered Species Act, and that agreement was renewed in 2016. All of which leads up to the good news that the bird is about to be delisted. However, because of the small Wisconsin population, Kirtland’s warbler will remain on the state’s endangered species list.

Kirtland’s warblers are rather finicky about where they nest, and are particularly partial to scrubby young jack pine, and that was part of the problem. Forest fires are necessary for Kirtland’s warbler habitat because without fire, jack pine cones do not completely release their seeds.

Understanding that this was part of the recovery problem, the recovery team recommended that 38,000 acres always be available for nesting habitat, and that is accomplished by clear-cutting about 4,000 acres of jack pine forest every year and replacing with two-year-old jack pine seedlings. More than 95 percent of the most recent census found birds on those managed lands.

If you would like to know more about Kirtland’s warbler, Sarah Warner of the U.S. Fish & Wildlife Service will present a program on the warbler at the Trueblood Performing Arts Center during Washington Island’s Birding Festival, May 18-20. For details visit wianc.org/bird-festival.