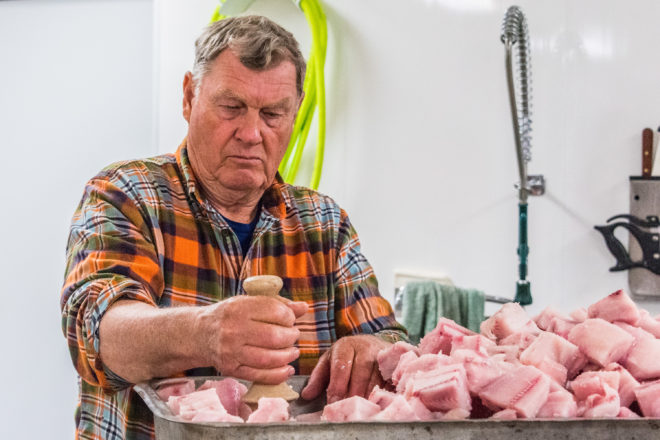 Dennis Hickey likens his job as a commercial fisherman to that of a family farmer. Just like a family farm, Hickey’s fourth generation business is weather dependent and largely misunderstood by those outside the business. Like farmers, commercial fisherman must always be concerned about the sustainability of their operation, both in what they harvest and in keeping the business going through family.

Hickey and his twin brother Jeff were the third generation of Hickey boys to ply the waters of Lake Michigan in search of fish.

“I’m 74 now,” Hickey said. “My son-in-law Todd (Stuth) is fourth generation. He has three sons. The grandsons will be coming along in the fifth generation. They love it on the water. Just like my son, Lars. He was always with me. He’s a hell of a good fisherman. He went off to college and he doesn’t have to deal with a day like today when the wind’s blowing from the northeast and we’re rolling around.”

Hickey admits that fishing hasn’t changed much in the generations since his grandfather started fishing from Baileys Harbor in the 19th century.

“A lot of the fishing is pretty much the same,” he said. “The wind’s still blowing the same way it used to.” 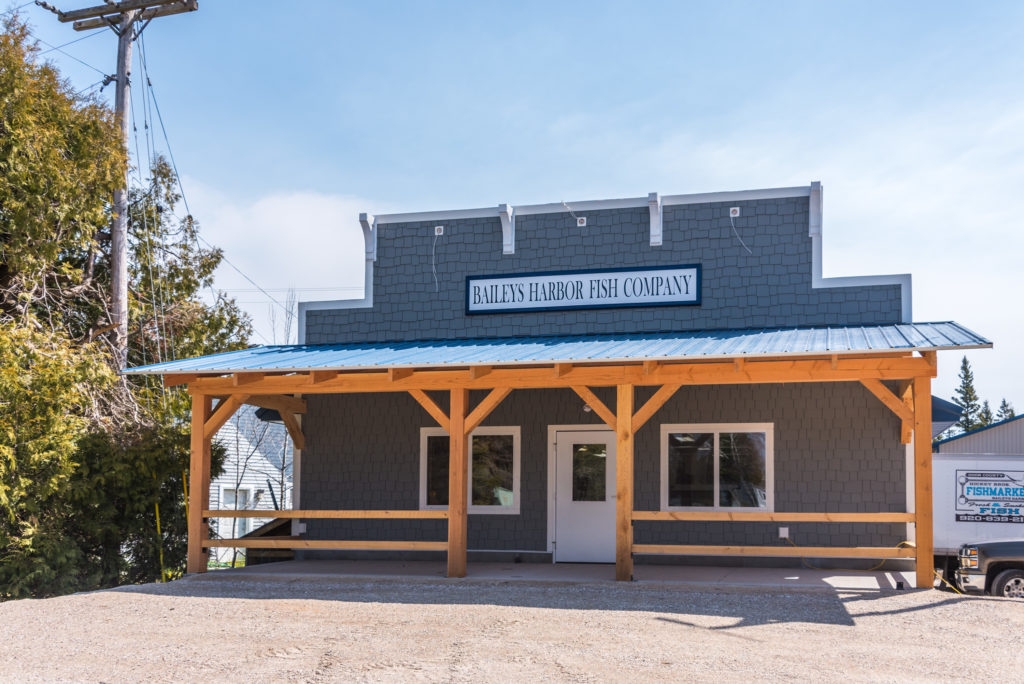 What has changed is the scope of what Hickey Brothers does. In addition to wholesale commercial fishing that includes Scandinavian markets with their golden whitefish caviar, the company has diversified into other endeavors such as building high-quality fishing nets, building boats and conducting fish research projects with government agencies in several western states.

“We’ve done a lot of research not only here in Lake Michigan, but in Yellowstone National Park, Glacier National Park, throughout the Western states. We have eight boats operating out there, 25 guys,” said Todd Stuth, a Door County native who joined the business in 1995, a year out of high school.

“We’re building a boat right now for Yellowstone National Park,” he said. “We just sent one out to Glacier National Park. I do it all from design to delivery. We all have our CDL licenses and deliver the boats ourselves. We know how the boats run most efficiently. We can take that and apply it to the research end of things. By having that, it’s easy to go back and forth between the two, research and fishing.”

Stuth explained that Dennis and Jeff Hickey got involved in the research end of fishing back in the 1960s.

“They worked with the University of Wisconsin-Stevens Point to do age, growth and migration studies to help the DNR and federal biologists determine what’s going on with fish populations,” Stuth said. “By doing that, Dennis got asked to sit on the Great Lakes Fishery Commission. He has the only permanent seat occupied by a commercial fisherman in the Great Lakes.”

The research in the western states began in 2003, Stuth said.

“We moved boats and gear out there and it just kind of snowballed,” he said. “We provide the boat, the gear and the guys and they put the biologist on the boat. It’s beneficial for both parties.”

“A lot of companies making fishing nets are the same ones who are stringing volleyball and badminton nets. They’re focused on selling nets,” he said. “We’re focused on fishing and selling fishing nets, so it’s not really apples to apples. We cost a little more on average but we have a better product. We have the highest catch per unit than any netmaker in the lower 48. It’s all documented. Our nets definitely have the highest catch rate. We build all of our own gear. It’s a dying art, but it’s also smart business.”

“Todd wanted to ramp up,” Hickey said. “Jeff and I were getting ready to retire.”

Up until this year, people in the know would stop by the Hickey Brothers processing plant near the end of Ridges Road and knew if they found someone there, they could buy some freshly caught fish.

“It was all word of mouth, never any advertising,” said Stuth’s younger brother Tate, who joined the company recently after earning an economics degree at St. Norbert College in De Pere and turning down an office job for a career in fishing.

“This is the first big push for retail,” Todd said. “Basically, we’ve had so much demand the past few summers for retail. We used to sell the majority of our fish wholesale. In the last five to 10 years we’ve had more demand for retail, people stopping to ask for fish ahead of time. We figured we’d fill the demand with the retail store.” 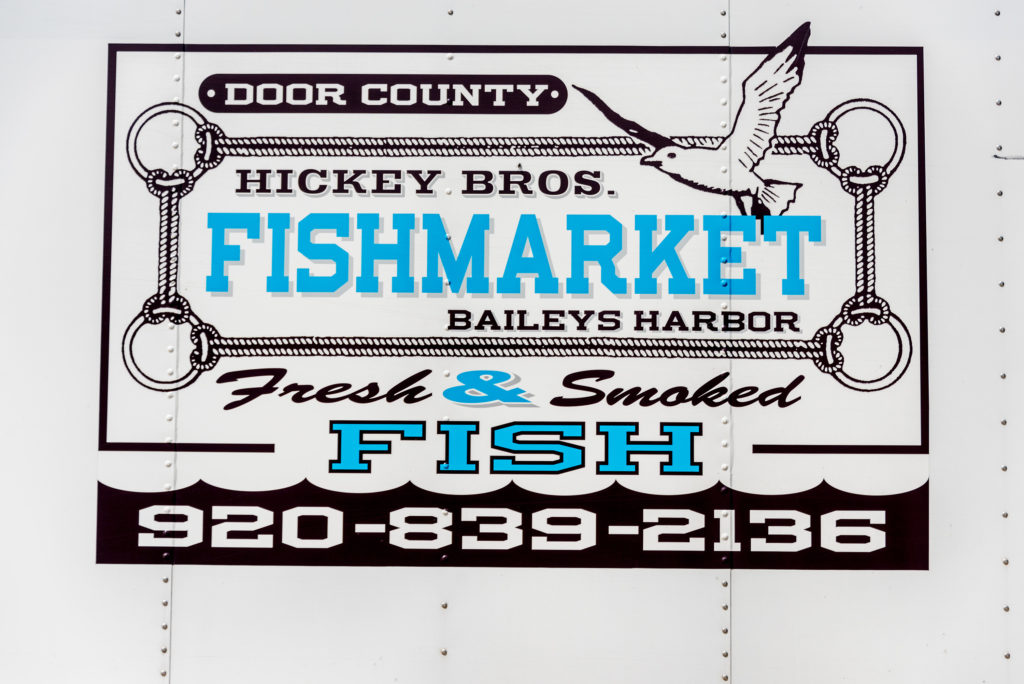 The store, at the front of their processing facility, will be open from Memorial Day to Labor Day, 8 am to 4 pm.

“But we’re open year round. If we’re here, if you can catch us, we’ll get them fish,” Todd said. “A lot of the locals will call and ask when we’re going to lift next. We have a list for yellow perch. We’ll call them when we have fish. We’re looking at also expanding what we carry. It’s a giant learning curve at this point. We’ve never been retail oriented, but why not? We’ve always sold fish to the public, but we never advertised it. Hopefully this spurs a little more demand.”