On March 6, Peninsula Players Theatre explores the mysterious world of collectible shops and the difference between want and need with a reading of award-winning Michigan playwright Joseph Zettelmaier’s Salvage.

Salvage is set in a Detroit collectibles shop owned by Jason Byrnes, a shy, quirky, down-on-his-luck businessman known for his love of the treasures that fill his shop and his hard-line negotiating style. When an intriguing woman named Sarah Smith walks into the store with a rare and mysterious item that she would like appraised, it marks the beginning of an unexpected romance and the foundation of Zettelmaier’s romantic comedy-mystery-drama. 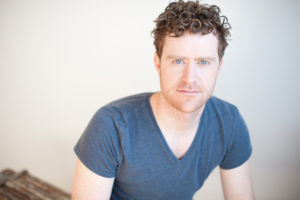 Actor Matt Holzfeind reads the role of Jason Byrnes in the upcoming reading of Salvage.

As Jason learns more about the life and secrets of the charming and mysterious Sarah, and her collection of highly valuable mementos that could be the key to keeping his business afloat, Jason reckons with the value of these items and the truth behind them, forcing him to decide who and what he will cherish.

“It ends up becoming a love story but an interesting one,” Peninsula Players Artistic Director Greg Vinkler explained. “It’s kind of quirky. It’s about a world that a lot of people don’t know anything about, collectibles and antiques and the buying and selling of them, so that’s intriguing and then it keeps changing directions. You keep finding out about both of these people as you go along so it’s constantly evolving and I think surprising in where it goes because it takes turns that you don’t expect and that’s always intriguing. The bottom line is it’s about a relationship and people are drawn to watch relationships develop because it’s about life, it’s about us, so it’s an intriguing play.” 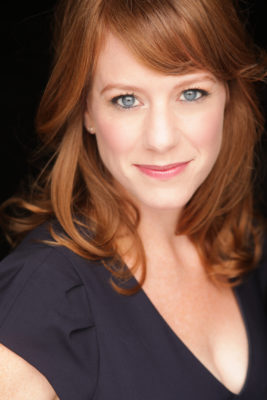 Keller describes the play as “a very funny comedy with some real drama and heart to it” that builds off strong dialogue and a major plot twist to leave audience members with a variety of opinions.

“I just like the way that Joe [Zettelmaier] writes funny, relatable, nerdy characters and the relationship that builds between the two of them,” Keller said. “What’s really fun to explore as the actor is what’s real and what’s not. From my perspective, playing Sarah, it’s always an exercise in, when she says that she cares for Jason, does she mean it? Is she manipulating him? Is it 50-50? 20-80? That, for me, is the interesting journey and I think that certainly when the audience leaves the show, they will have lots of different opinions. I remember that was one of the really fun things coming out of it, the debates that people would have. It sparked a lot of debate within the audience and that was really interesting.”

Salvage is the second in Peninsula Players’ 2017 The Plays the Thing winter play reading series. The next and final installment of the series is April 3 with Miss Holmes by Christopher Walsh.