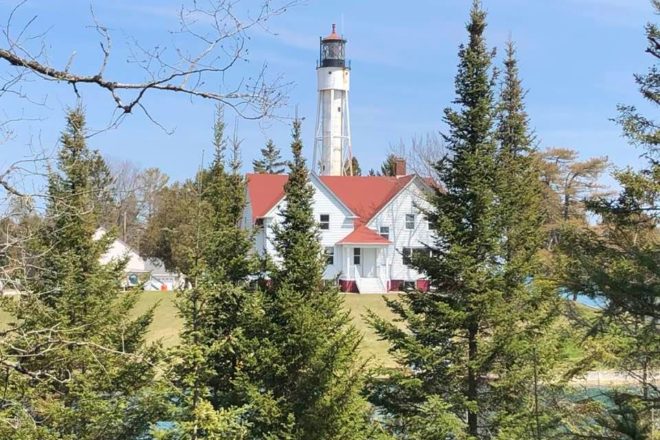 If you’re in Sturgeon Bay, you really don’t have to go far to find an ecologically diverse area to hike. Head over to the Sturgeon Bay Ship Canal Nature Preserve – located within the city limits – to discover a diverse landscape of sand dunes, lush forest, ancient shorelines, a creek, wetlands and views of two historic lighthouses – plus, of course, a beach on Lake Michigan.

According to the Door County Land Trust, the land was once the site of a heavily traveled Native American portage route between Lake Michigan and Green Bay before European settlers began constructing the 7,400-foot canal in 1872. Today it’s an important nesting site for rare and threatened bird species such as the bald eagle, Caspian tern and osprey. It’s also one of the region’s most critical resting spots for migrating neotropical birds.

The preserve contains 445 protected acres and 2.5 miles of level, but sometimes sandy, hiking trails. You can reach the trails by two trailheads, both located on the eastern end of Lake Lane, on the southern side of the canal.

Take your camera because the views of the canal, the Canal Station Light Tower and the red Sturgeon Bay Canal North Pierhead Light are iconic Door County scenes. Get directions, a trail map and more details here.