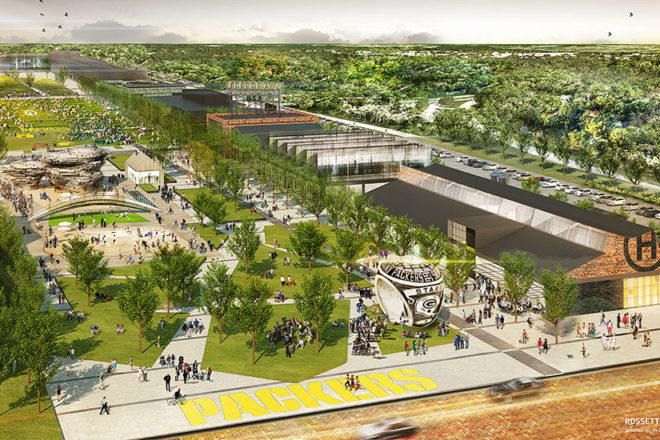 Hinterland, according to Merriam Webster, means “a region remote from urban areas.”

When Bill and Michelle Tressler started brewing beer in an old cheese factory outside of Tressler’s hometown of Green Bay in 1995, Hinterland was the name they chose for their brewery, and it certainly seemed appropriate at the time.

But when you are planning to move from a 9,000-square-foot brewery/restaurant to a 24,000-square-foot facility next to Lambeau Field, the name Hinterland seems more like an ironic comment on the brewery’s past than its future.

“Oh, man, it’s going to be awesome,” Tressler said about the brewery’s new home, which is expected to open in spring 2017. “We’re staying very true to what we do. The feeling of the building will have very similar look and feel to our restaurants right now. The brewery is a very modernized brewery. All new equipment, new packing and bottling lines. It will give us the production capacity to do about 20,000 barrels. A fully automated brewhouse that can do four brews per day. So quite a bit more production.”

Joining Hinterland in the Titletown District on 34 acres immediately west of Lambeau Field are Lodge Kohler, a hotel managed by Kohler Co., and Bellin Health Sports and Medicine. There is also a 10-acre public plaza, and another 16 acres will include other commercial and retail elements. 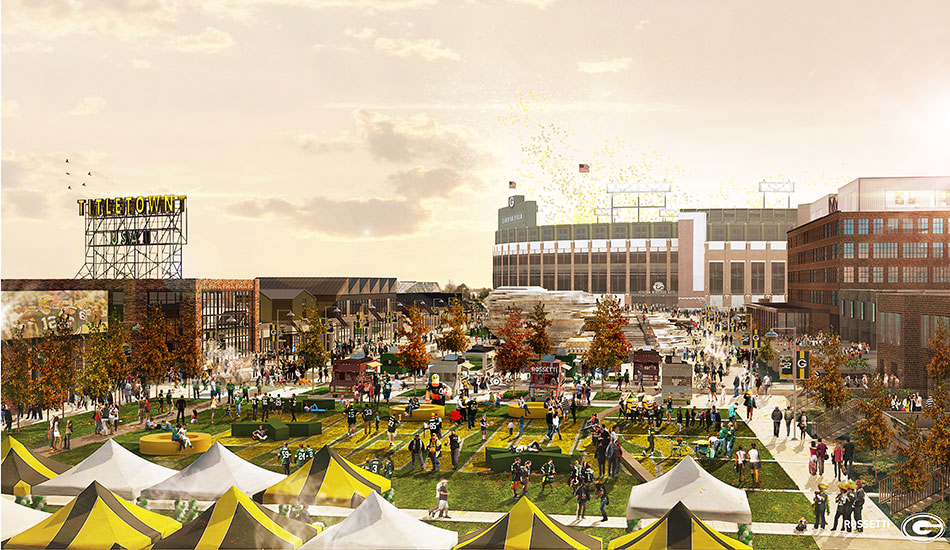 “It’s a fun thing for us. The Packers really challenged us to dream big and do something that will draw people not just from all over the state but from all over the Midwest,” Tressler said. “They’re going all out on the plaza, so our restaurant spills out into this really great park. We’ll have tons of outdoor space. It’s going to be a really neat place.

“The restaurant end is taking it to the next level,” he continued. “Wood fire is a big theme for us so we have two massive wood fireplaces in the beer hall. We’ll have three wood-fired pizza ovens, two wood-fired grills and a wood-fired rotisserie. We love cooking over open flames. The one thing that will be very different, we’re really trying to make the restaurants accessible to everybody. We will serve lunch seven days a week, which is new for us. Given that location and the amount of people we expect to go through it, it will be important to make it friendly to everybody. Lots of focus in the beer hall. It’s almost like two restaurants. We have a big beer hall that serves wood-fired pizzas and everything from burgers to porketta, and more fine dining on the mezzanine level, which will feature a chef’s display kitchen and a chef’s counter, 80 seats for dining. A bunch of private dining rooms. Really big bars and stuff. It’s going to be pretty fantastic.”

In the meantime, Hinterland is now leasing space at its Dousman Street location in Green Bay from the new owners, who are going to continue brewing, but will also add a coffee element.

“We sold the building and the entire brewery to a company in Appleton,” Tressler said. “They are opening up a brewery called Copper State Brewing Co. It’s a takeoff of Copper Rock Coffee in Appleton. A lot of the investors in the project own Copper Rock Coffee. They will also put in a coffee roaster here. I think they’ll be good stewards of the building. One of the owners is an engineer but he’s been studying brewing for the past year. He’s going to come and work with us this summer and get his feet wet on this equipment. Once our new facility is ready, we’ll move out and they’ll take over.” 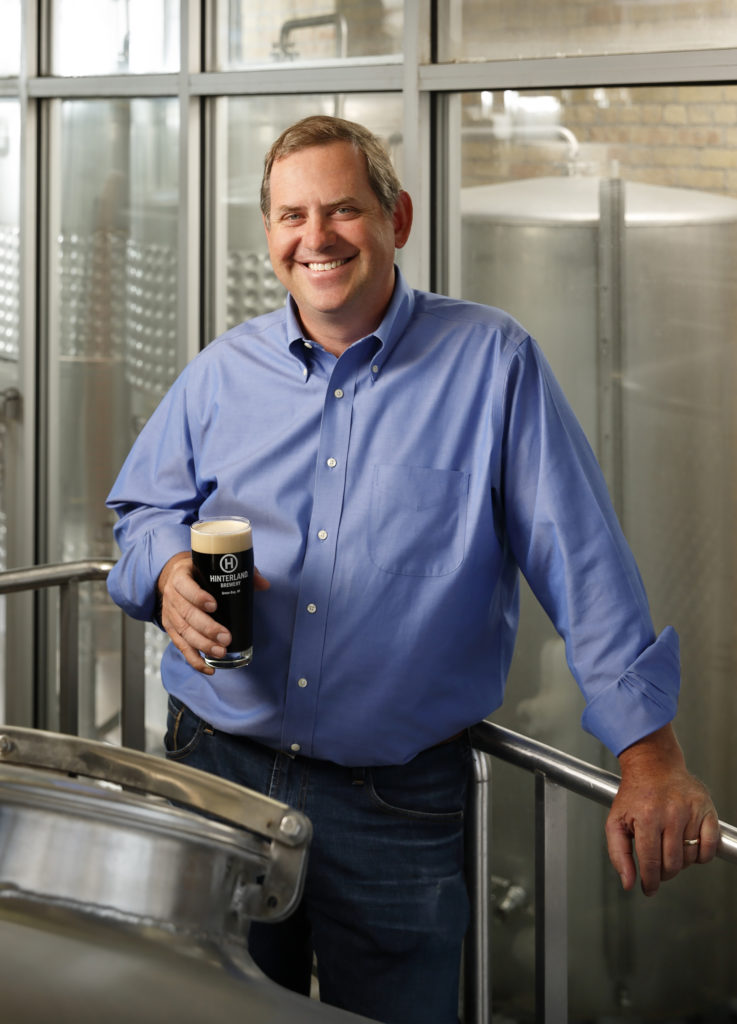 Tressler is looking forward to attending the pre-Door County Beer Festival beer dinner being held at his Door County restaurant, The Whistling Swan in Fish Creek, on June 17. Hinterland will kick things off with a reception beer – a wheat beer made with honey, rhubarb and fennel. Stillmank Brewing Co. of Green Bay is up next for the first course with its Super Kind paired with whitefish ceviche. Hinterland returns for the second course when its Pub Draught is paired with grilled asparagus, Swiss cheese foam and microgreens. Badger State Brewing’s Bunyan Brown Ale is paired with Korean BBQ braised beef shortribs, coconut rice and Napa cabbage slaw. Door County Brewing’s Silurian Stout is the final pairing with honey ice cream, dark chocolate and smoked almond shortbread.

“It’s a fun way to showcase what chefs in our company can do alongside the brewery. All too often, people pair food with wine. I actually think beer is better,” Tressler said, adding that the pairings are entirely chef-driven.

“We do leave the pairings to the chefs,” he said. “It makes it fun and surprising that way because I think everybody in the brewery has their favorite pairings, but the chefs sometimes surprise us with really interesting twists. It will be fun to hear from some of the other brewers coming to the event. All of them are really producing solid beers.”