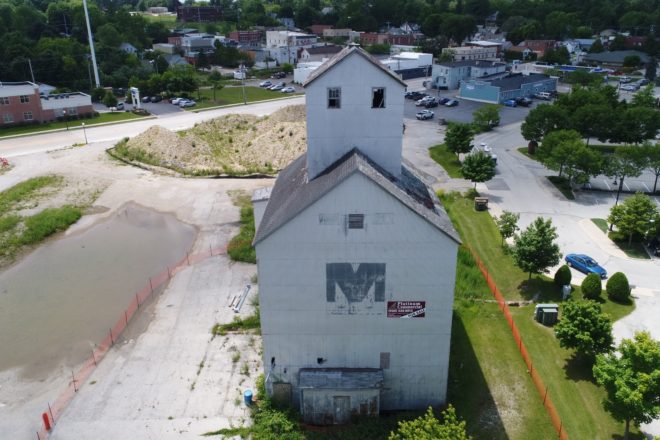 Just days after an anonymous donor pledged $1.25 million to stabilize and restore the Teweles and Brandeis Grain Elevator on Sturgeon Bay’s west waterfront, the city’s Historic Preservation Committee formally expressed its support for saving the structure at its meeting Monday, Oct. 30.

About 50 people turned out for the meeting, which was called after Sturgeon Bay Fire Chief Tim Dietman issued a raze order for the grain elevator Oct. 17. 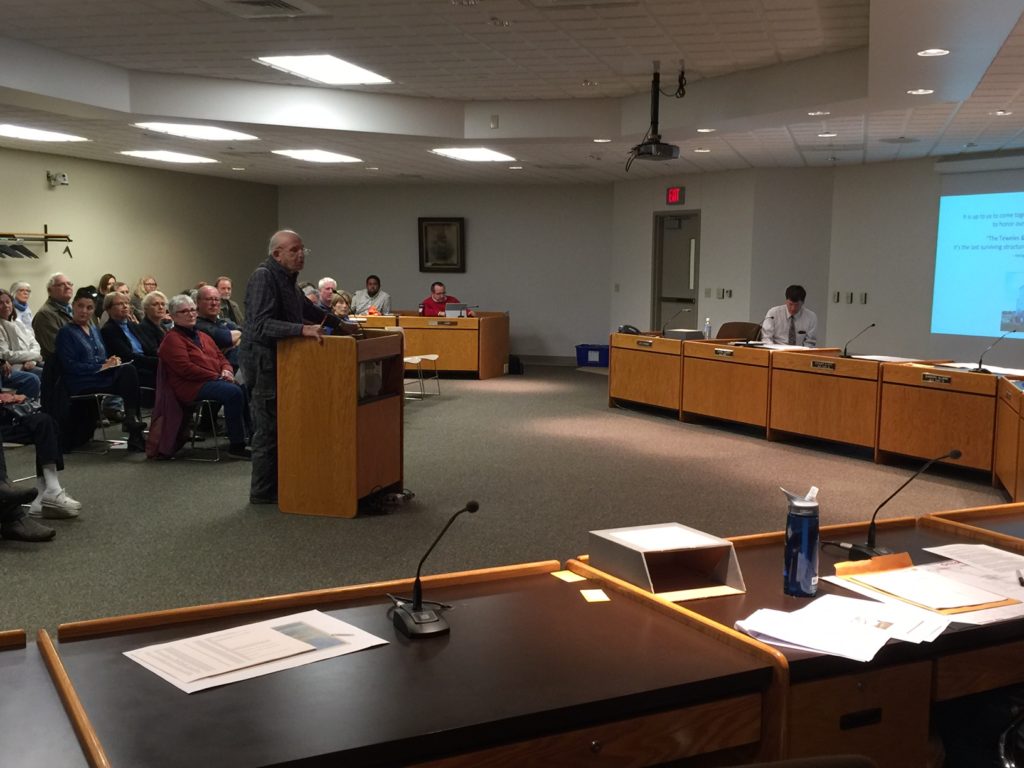 The $1.25 million donation is enough for the historical society to do everything they want to do with the grain elevator, said historical society member Christie Weber. Engineering studies estimated that $150,000 was necessary to stabilize the structure. Remaining funds could be used for restoration efforts and to create an endowment for ongoing operations. The building was placed on the Wisconsin Register of Historic Places in August.

No attendees spoke against the resolution, while several spoke in favor of it, none more powerfully than George Evenson.

The 88-year-old Evenson is the official Door County historian and served as president of the Door County Historical Society for 20 years.

“It was agriculture that built Sturgeon Bay, it wasn’t the shipyards,” Evenson said as he made the case for the significance of the grain elevator to the city’s evolution.

“The unique size and shape of this building make it easily recognizable to people,” he said.

“If you live in Door County long enough you’d say everything has changed,” Evenson continued. “And it’s going to continue to change. But there should be something, small steps along the way, that remind us of our history. Historic preservation isn’t pretty. But I think that that building is prettier than anything else that you might put there. People come to town and look at our waterfront and they can sense the activity that was so important to our seafront and waterfront. And this is something that is going to add something real to the waterfront.”

Before the meeting ended, Chris Kellems, a frequent speaker at council meetings regarding the west waterfront, pledged $10,000 from her family to the restoration of the granary.

“I am putting my money where my mouth is,” she said.

The resolution and donation don’t guarantee the structure will be saved. Dietman has said his raze order is final. That order came after Dietman deemed the building structurally unsound and a risk to public health and safety.

The Sturgeon Bay Common Council is expected to discuss the future of the grain elevator at its noon meeting on Nov. 7 at City Hall.