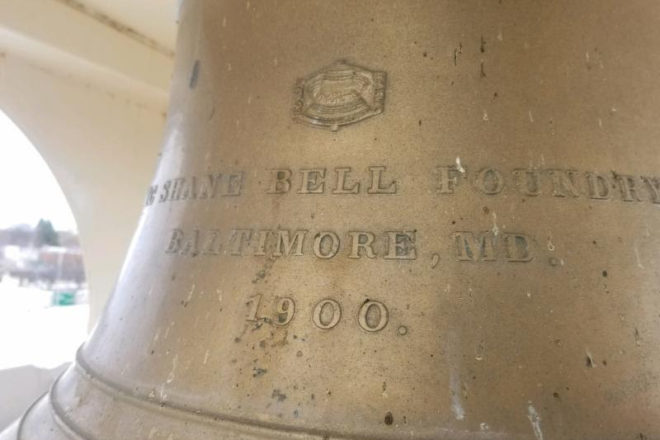 The community is invited to join the Door County Community Foundation (DCCF) as the 117-year-old bell in Sturgeon Bay’s historic Old Bell Tower will strike for the first time in nearly a decade on Nov. 27 at noon, thanks to the Clifford and Clara Herlache Heritage Foundation, a fund of the DCCF.

When the structure of the original clock tower weakened, the bell was donated to First Baptist Church in 1946. The bell remained at the church until 1990, the 100th anniversary of the Bank of Sturgeon Bay, when it was returned to the corner of Third Avenue and Kentucky Street. The bell was hung across the street from its original location, in the Old Bell Tower. The Old Bell Tower was designed to line up with the original Bank of Sturgeon Bay building, creating the illusion that the 1900 tower still stands.