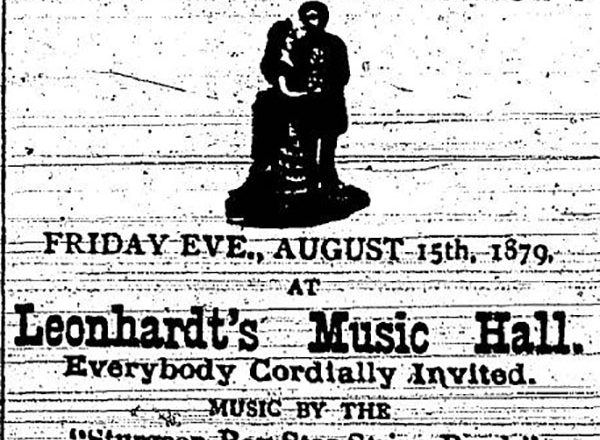 We are in receipt of a pamphlet just issued by the State Board of Immigration, setting forth the advantages offered by Wisconsin. The book is a valuable one, and cannot help impressing a good impression upon the minds of all who read it, and undoubtedly will do good and just work for Wisconsin. Duplicate pamphlets have been published in German, Swedish and Norwegian. Copies will be forwarded free, post-paid, to any address in Europe by sending said address to the secretary of the board.

An ancient copper spear-head was found last week on the farm of Asa Thorp, at Fish Creek, the discovery being made by Milton Thorp while plowing in a field above the bluff. The relic is nearly five inches long and has a socket for the reception of a shaft. The copper appears to be so unusually hard as to indicate that it was tempered by its maker, but this opinion will need confirmation. Some of those who have seen the weapon believe the Indians, and their belief must be accepted as at least probable if it is shown that the copper has been tempered by human agency. 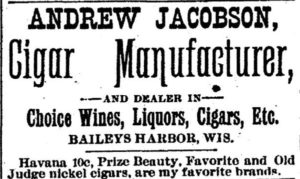 Sea Serpent Has Made It’s Appearance In Green Bay Waters.

News reaches us from Little Suamico that fishermen following their business off the Bay shore between that town and Pensaukee one day last week saw what appeared to be a serpent or an unusually large fish of peculiar shape. It was in the early hours of the morning when the fishermen, having gone out to look after their nets, were attracted by a large volume of water and spray being thrown up some distance from where they were at work. Watching intently, they were soon enabled to perceive that the commotion was caused by a strange creature cavorting about in the water as though it were taking its early morning bath. After watching its gyrations for a while, the fishermen started to row out nearer and discover, if possible, what manner of fish, serpent or animal it might be; but no sooner had they got well under way than the mysterious denizen of the deep sank beneath the waters of the bay and disappeared.

With a wild man roaming through its forests, a sea serpent disporting in the waters off its coast, and a real live gubernatorial aspirant residing within its borders, Oconto county can truthfully lay claim to being the banner county in the state in the matter of freaks and curiosities. 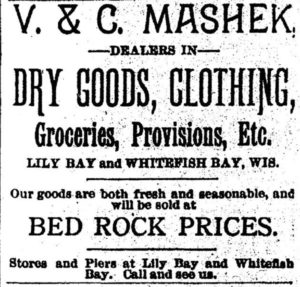 Considerable discussion is being indulged in as to where a new city hall and engine house should be built in the city. Fire Chief Frank Stroh is of the opinion that the fire department should have quarters on Cedar street, in or near the business portion, believing that they could respond quicker from this location to fires which would be apt to occur than from anywhere else, and that it would be more convenient for the firemen to reach. Some of the members of the city council, however, favor the site on the hill, where the old school house stands, while others favor the grounds which were purchased for the city market. 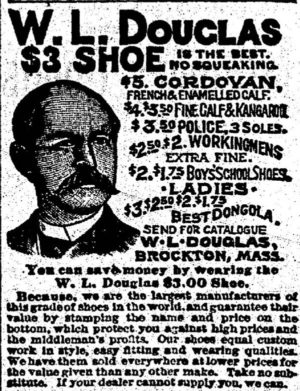 Last Wednesday morning a dog brought home the arm of a child.

Carl Johnson in the town of Egg Harbor was terribly surprised the other morning when he came out of the house and saw his shepherd dog with an arm of a child in his mouth whose age might have been about six years old.

Summoning the rest of the folks they immediately tried to solve the mystery but with no success. They scoured the country around but no clew were they able to find. It first was thought that the dog found the arm on the beach, some thought that a grave had been opened, but all of those ideas were soon abandoned. The arm was taken to the chairman of the town and he in turn was to bring it to the health physician of this city. 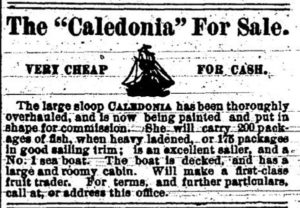 A peculiar incident took place on Monday afternoon, indicating the state of an individual’s mind who has been partaking too freely of moonshine.

Chief of Police Fritschler was standing at the corner of Cedar and St. Jahns streets when an individual from the rural district on the south side of the bay called him over to his car, which had stopped for an arterial, and invited him to have a drink.

The chief got in the seat alongside of him and the fellow asked where they would go. He was instructed to drive to city hall. When he was within a half block of that place he stopped and said he was only joking as he had nothing.

Chief Fritschler informed him that while he may not have anything on his person, he had too much in his stomach, and according put him in jail. Tuesday morning he was assessed $50 and costs by Justice Martin Dehos.

The moral is obvious. 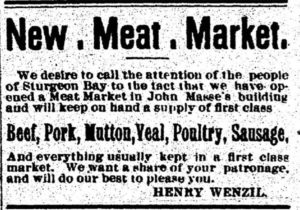 A ten-year anniversary celebration is to be observed by the Bethel Baptist church in Ellison Bay, commencing Tuesday, Aug. 16, and to be held nightly, with the exception of Saturdays and Mondays, through Sunday, Aug. 28. Rev. Eric J. Anderson, a former pastor of the Sister Bay Baptist church during the time when the work at Newport, Ellison Bay, was being carried on as a mission by that church, has been invited to be the guest speaker during the two weeks set aside for the anniversary celebration.

Rev. Anderson is pastor of the Central Baptist church of St. Paul, Minn., and is well known throughout the middle west as a splendid speaker, Bible teacher, and evangelist.

Rev. Arthur E. Ellison is the second pastor of the church and he will be in charge of the meetings.