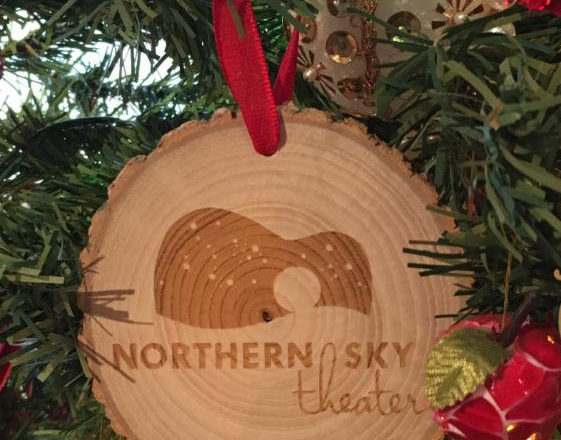 With the end of the year fast approaching, Northern Sky Theater has announced a holiday-giving opportunity for donors making a contribution to its Constellation Campaign.

In an effort to continue the strong momentum of Northern Sky’s Constellation Campaign to raise funds for a new Creative Campus in Fish Creek, the company is giving donors the opportunity to name a theater bench or chair with a $1,000 or $2,000 gift to the campaign.

Honorary gifts at either level will be recognized with a personal card and Northern Sky ornament sent to the honoree, to be delivered by Dec. 24 provided the company receives the donor’s gift by Dec. 18. Ornaments will have the Northern Sky logo engraved on a round wood tree cutting edged in bark.

Northern Sky Theater’s Constellation Campaign to raise funds for their new Creative Campus in Fish Creek is closing in on the last 20 percent of their $6.7 million campaign goal. For an overview of the Creative Campus, visit constellationcampaign.northernskytheater.com/campaign-overview.