American Folklore Theatre is excited to announce that Home for the Holidays with AFT will return to Old Gibraltar Town Hall in Fish Creek for five performances from December 29 through January 2. 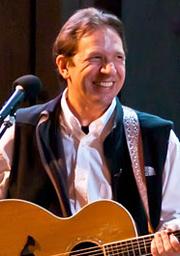 A celebration of holiday music, Home for the Holidays features AFT co-founder Doc Heide and long-time AFT performer Eric Lewis. The holiday show will include traditional holiday music, some sing-a-longs, songs from past AFT shows and some of Doc and Eric’s own personal favorites from their hit CD Christmas in Door County. As a special holiday treat, each show will also feature a drawing for gift certificates from local businesses.

Doc Heide, co-founder of AFT, has written or co-written 20 works for the theatre that have been seen by over 200,000 people. Along with improvisational actor Lee Becker, Doc is co-author of this fall’s musical comedy Guys & Does (which sold out its entire 54-show run). 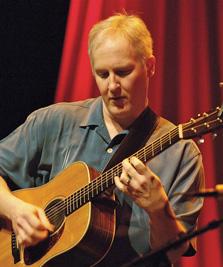 Eric Lewis, based in Memphis, has recently released CDs with Tommy Burroughs and Doc Heide. In 2003, he received the Premier String Player Award from the National Academy of Recording Arts and Sciences-Memphis. Eric has appeared in many AFT shows including Goodnight Irene and Fish and Whistle, and has opened for such luminaries as Chuck Berry and Travis Tritt.

Evening performances of Home for the Holidays are scheduled for 7:30 pm on December 29, January 1 and 2. There will be two matinee performances at 4 pm on December 30 and 31. Tickets for Home for the Holidays are $18 for adults and $11 for children. Advance tickets are available by calling 920.854.6117, online at http://www.FolkloreTheatre.com, or by stopping in the AFT office, which is located at the Green Gables Shops in North Ephraim. All seats are General Admission. Any remaining tickets will be sold at Gibraltar Town Hall beginning 45 minutes before each performance.