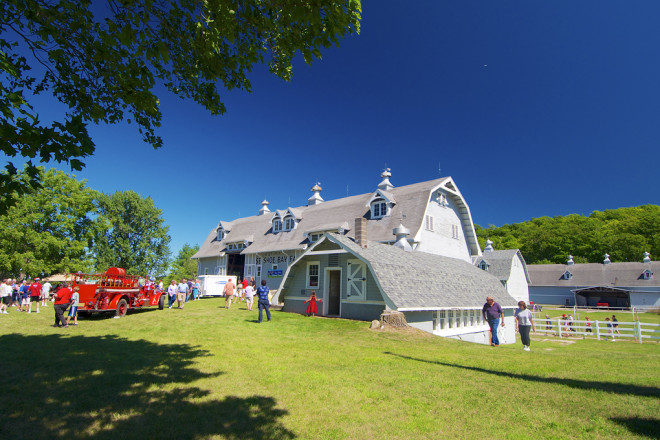 Horseshoe Bay Farms is now on the National Registry of Historic Places.

The iconic buildings of the farms, owned by Glenn and Barbara Timmerman, were added to the registry last month after two years of research by Glenn Timmerman that unearthed old photos, stories and film footage. 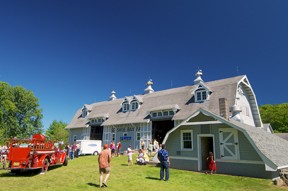 The iconic barns of Horseshoe Bay Farms were opened up for Egg Harbor’s Sesquicentennial celebration last summer. Over 500 people toured the grounds and dozens of people shared stories from their work on the farm. Photo by Len Villano.

“This property has touched the lives of so many Door County families,” Timmerman said. “Everyone seems to have a unique story about it.”

The picturesque farm on County Highway G in Egg Harbor dates to 1917 and was recognized both for its architectural and cultural significance. In the early 1900s the farm was Door County’s largest employer and a groundbreaking breeding farm for Holstein-Friesian purebred stock.

Then owned by the Murphy family, the farm paid the then-enormous sum of $20,000 to $35,000 for prize-winning sires to breed. The farm’s cattle consistently set state production records, and it was once home to the largest dairy cow in the world.

Horseshoe Bay Farms was once the peninsula’s largest employer.

The farm’s orchard operation was once the largest fruit producer on the peninsula, as well and was a first summer job for hundreds of local and seasonal teenagers.

Architecturally the farm contains historic agricultural buildings and homes. Since the sprawling farm was completed in just three years it features a rare unity of design and plan that demonstrates the owner’s progressive approach to dairy farming.

In addition, all structures still display a high degree of integrity and collectively represent the largest intact farm complex of its kind in Wisconsin. 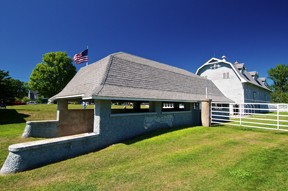 The sprawling, iconic Horseshoe Bay Farm which dates to 1917 was completed in just three years, and it features a rare unity of design and plan that demonstrates the owner’s progressive approach to dairy farming. Photo by Len Villano.

Timmerman said the listing alone doesn’t do much beyond recognizing the historic significance of the property. It does make it eligible for grants and tax credits to help restore and showcase the farm. Timmerman said he isn’t interested in tax credits because of the development restrictions that come with them.

“I wanted to establish credibility that I want to preserve the barns,” he said of earning the designation. “It’s a first step in getting a plan together for them to be used and enjoyed.”

Last summer the barns attracted over 500 people for the Egg Harbor Sesquicentennial celebration, which featured tours and stories from dozens of people who once worked on the farm. 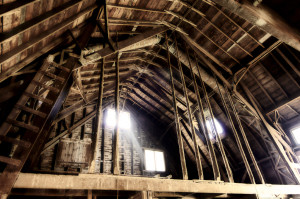 “We are delighted to have this great asset that we’ve admired during decades of travels to Door County,” Timmerman said. “We hope to maintain the integrity of the structures and give it the care that four generations of Murphy and Cowles families have tirelessly delivered during their lifetimes.”

Glenn Timmerman will give a presentation about the history of Horseshoe Bay Farms and preservation efforts in a dinner program. Cost for non-historical society members is $25.