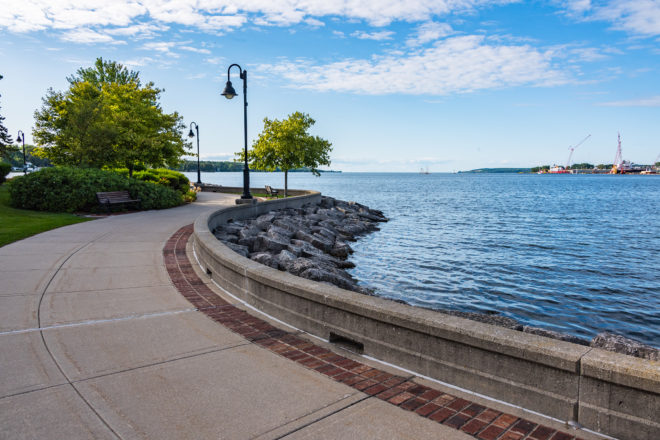 A new report from Smart Growth America reveals that walkable neighborhoods perform better economically. Suburban drivable commercial real estate has been losing market share to walkable real estate in all 30 of the metro areas that were studied. In some metro areas, walkable places have accounted for almost all of the new commercial spaces while drivable suburban places have added no new space or lost occupancy since 2010.

After World War II, governments at all levels subsidized suburban sprawl by promoting car culture and the American dream of homes with white picket fences, but there is growing demand for walkability in suburbs as well as in cities. Housing costs are sometimes higher in walkable neighborhoods, but this is partially offset by less expensive transportation options such as public transit, biking and walking. Denver is one city that has made great strides in becoming more walkable. Contrast that with Phoenix, which has a very long way to go.

It’s fortunate that the potential attainable-housing sites that are currently being evaluated – including in the Village of Egg Harbor, Ellison Bay, Sister Bay and potentially Fish Creek – all have the potential to be walkable.

It’s noteworthy that locally, both the Village of Egg Harbor and the Town of Gibraltar are looking for ways to make their communities more bikeable as well – an amenity that’s certainly attractive to people seeking a new place to live and work.

Although Sturgeon Bay continues to play Hamlet with potential development sites on the west side, there is great potential for walkable housing and retail development that will help to retain our citizens and stem the population decline by creating new places to live.

The point has been made that it’s difficult or impossible for many to walk to a full-service grocery store from Sturgeon Bay’s west side – an amenity often requested in retail surveys. Attracting a walkable west-side grocery is a distinct possibility, but it will likely come only as a result of population growth. Continued decline will probably quash any such hopes.

Meeting the demand for more walkable and bikeable neighborhoods will require local governments to update their zoning and development practices and policy and infrastructure investments. The Smart Growth America report concludes that building productive, connected, walkable places would contribute to a resilient economic foundation for the nation.