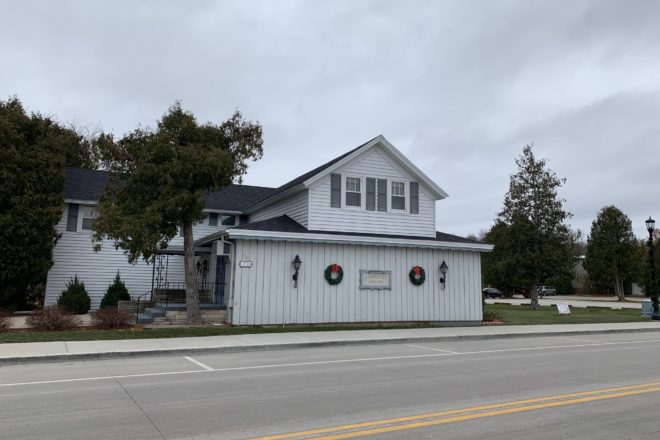 Casperson Funeral Home has been a fixture on Bay Shore Drive in Sister Bay for generations. Photo by Myles Dannhausen Jr.

The sale became official Oct. 1. Greg Casperson said it’s time to retire after 47 years in the business his grandfather started in 1921.

“As the third generation of the Casperson family, it has been an honor and privilege to serve the wonderful people of Door County,” Casperson said. “We are so, so happy to have Todd, Renee, Erik, Brock, Amanda and the staff of Huehns Funeral Home to continue serving our community with dignity, integrity and respect.”

The sale includes the funeral-home business and the Casperson property on Washington Island, but not the property in the center of Sister Bay. Todd Huehns said the business will continue to use that location until it sells and added that he intends to continue having a presence in Sister Bay, eventually at a different location.

“We’ve been helping Greg since 2001, allowing him to take vacation, and providing support when it got busy,” he said. “When he needed help, my sons and I were always there. I would hope people won’t notice a lot of change. We’ll continue to give the caring and compassionate service that Greg has given people for so long.”

Casperson will continue to work with Huehns, giving the company five funeral directors on staff.

“It’s hard to see it go when it has been in your family for 97 years,” Casperson said. “But we’re very happy that it came at the right time for us to sell to another family-owned funeral home – and one that has a complete commitment both to Northern Door and Washington Island. That was really important to us.” 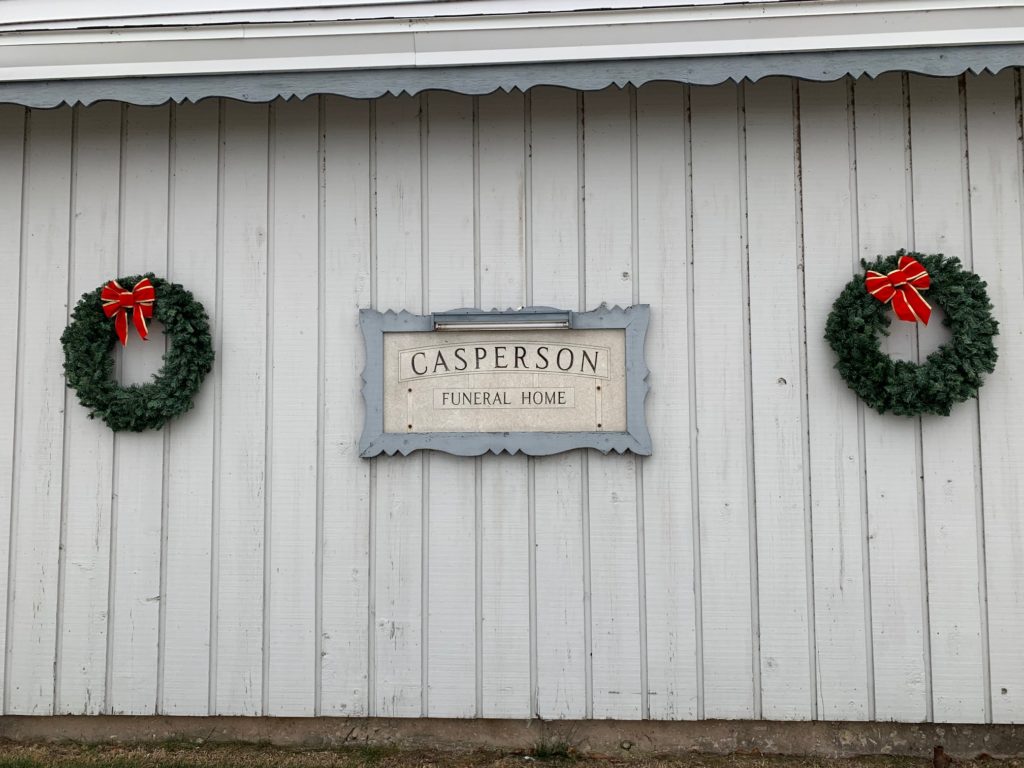 For generations, northern Door County families have relied on the Caspersons in their most difficult moments – a responsibility Casperson said he never took lightly.

“The trust, confidence and goodwill given to the Casperson family over the past 97 years of service will always have a place in our heart,” he said. “We have a deep appreciation of our staff over the years: Keyes Fletcher, Robert Carlson, Dick Kostka and Bob Pluff.”

Huehns and his sons, Erik and Brock, are partners in the business and represent the Huehns family’s fourth and fifth generations in the funeral business. Todd Huehns started at Davis Mortuary in Sturgeon Bay in 1992 and bought that business from Sylvester Dernbach in 2001.

Huehns said the purchase was a natural fit geographically, but it’s also in line with trends in the funeral business. The movement toward cremations and celebration-of-life services rather than traditional burials and full-service funerals has changed the business model. Huehns added a crematory on site this year.

“With cremation being on the increase, you don’t have full traditional funerals, and you have to increase volume,” he said. “In the southern part of the county, with more farming families, there are still more traditional funerals. In Northern Door, with the high influx of retirees and professionals who don’t have family here, cremation has become more of a common choice. Well over 65 percent of funerals in Northern Door are cremations, where Southern Door is just over 50 percent.”