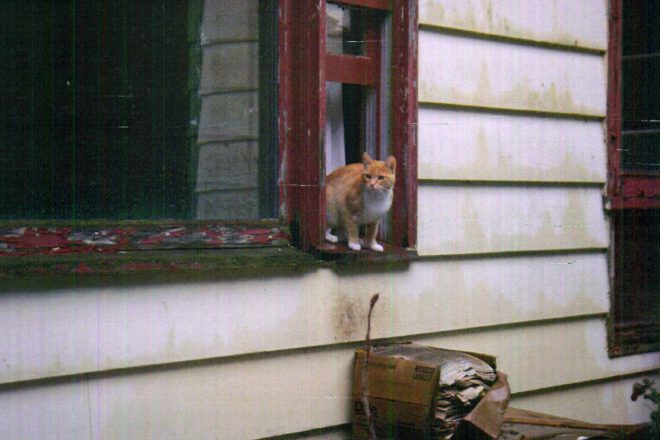 Door County Humane Society (DCHS) staff made several trips to Washington Island this week to trap and collect cats from a condemned home. The home’s owner explained in a letter to the island newspaper that she was looking for help with all the abandoned island cats she had rescued.

“I didn’t think it was going to be this bad,” said DCHS Executive Director Carol Boudreau. “I really thought it was a whole lot of hoopla and we’d get there and there would be three kittens. But no, that’s not what we walked into.”

As of Wednesday, Boudreau said they had collected 38 cats.

“You think of cats on a continuum,” Boudreau said. “On the one end you have the furry, sweet kitten, and on the other end is feral. That is truly a wild animal. Can you tame a raccoon? Probably not. But there’s a whole spectrum in between – friendly barn cat, cantankerous house cat. That’s why we have to evaluate them and see where they land on the spectrum. If they are truly feral, no, we can’t rehabilitate them. They’re dangerous to themselves and to the staff. Despite the fact that we’re a no-kill shelter, there are two reasons we’d euthanize a cat. One is if it presents a danger to itself or the staff, or if it is ill and the quality of life isn’t there and we can’t help it. The cats are being evaluated on both of those measures. Based on that, we’ll save as many as we can.”

What will not be saved is the house the cats call home.

Complaints about the condition of Margaret Frank’s home at 1463 South Shore Drive led to an October 2013 visit by County Sanitarian John Teichtler, who informed Frank of corrective measures that needed to be taken if she wanted to continue to live there.

The county foreclosed for unpaid taxes on a piece of Frank’s property next to her home in July 2015.

“After the foreclosure, our attention turned to the other parcel, which Ms. Frank still owns,” said Door County Corporation Counsel Grant Thomas. “This parcel is the subject of the 2016 human health hazard civil action and default judgment.”

He refers to a November 2016 default judgment ultimatum that ordered Frank “to abate or remove the human health hazard from the premises” no later than Dec. 31, 2016 otherwise relinquish control of the premises.

In a letter to the island newspaper earlier this month, Frank said she was looking for good homes for her “many cats.”

“Most of them I’ve rescued when they became accidentally abandoned when elderly people from the Island moved to nursing homes,” she wrote, adding that her home was scheduled to be demolished. 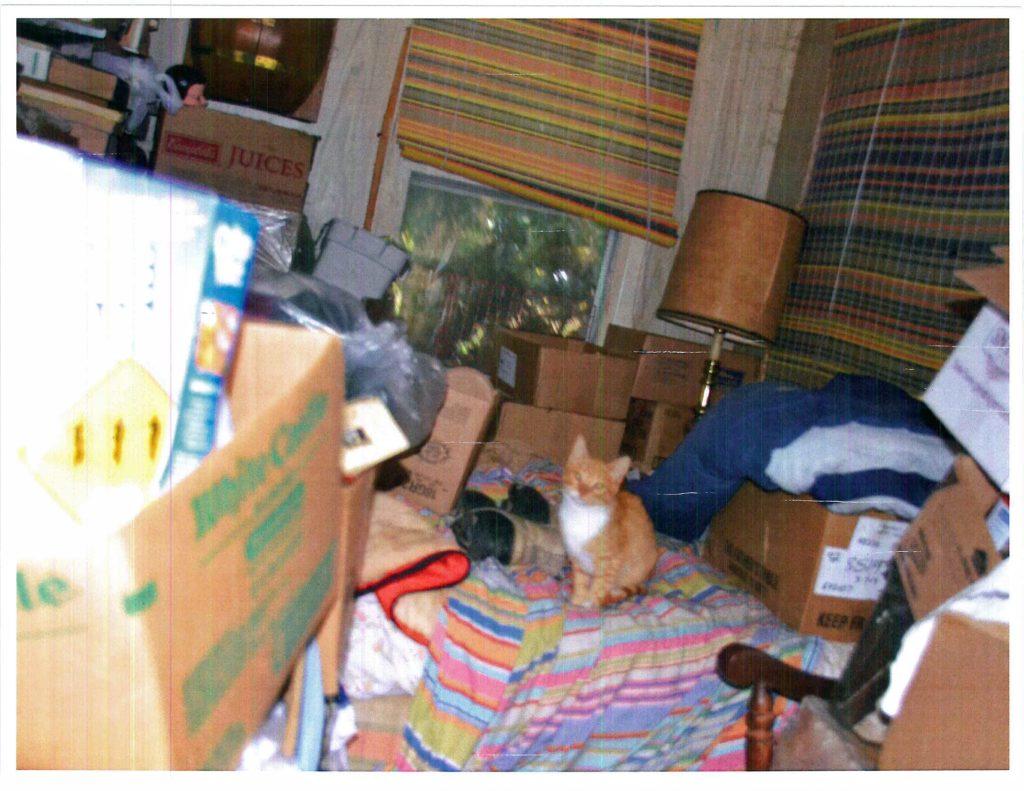 “The cats are not horrible,” Boudreau said. “We’ve had a few just coming in, for health reasons, it would be more humane to let them go, but the majority of them appear to be healthy. I’m just saying that from appearance.”

Dr. Johnson will examine the cats thoroughly to determine their physical condition. Others at the shelter will evaluate the cats for behavior.

This event is stretching the resources of the shelter.

“I told the volunteer coordinator to put a plea out for volunteers, but have them call first,” Boudreau said. “Right now we don’t know what we need. But if people are interested in helping, contact us and when we know what we’re dealing with, we’ll put out specific asks. But the one thing we know for sure, send money.”

Boudreau said the shelter doesn’t budget for this level of emergency, especially when it requires several staff trips to Washington Island. Many cats will require medicines, food, litter, spays, and neuters.

“The ones we think behaviorally are going to make it are going to take some time and work on our part,” Boudreau said. “This is going to cost us thousands of dollars, so we’re going to need some help there.”

For more information on how to help, visit doorcountyhumanesociety.org.