Richard Gale Pierce, 82, was arrested in his hometown of Cheboygan, Mich., for the alleged murder of his wife, Carol Jean Pierce, who was last seen in Sturgeon Bay in early September 1975. 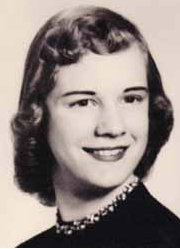 The criminal complaint alleges that Carol Jean Pierce, 35, was murdered by her then-husband, Richard Pierce on or about Sept. 5, 1975. Richard previously stated to law enforcement that he saw Carol Jean on the morning of Sept. 8, 1975. Richard stated that when he returned home that same afternoon, Carol Jean was gone. He was serving in the U.S. Coast Guard and was stationed in Sturgeon Bay at the time. The couple – both Michigan natives – lived in the Sunrise Shores mobile home park.

The complaint alleges Richard was the last person to see Carol Jean Pierce alive, had motive and opportunity to end her life, and benefited from her demise in numerous ways, which included a pension unencumbered by a wife; most of the important belongings of their marriage; land and a home in Michigan; a new girlfriend weeks after Carol Jean’s disappearance, as well as the benefit of Carol Jean’s silence. He obtained a no-fault divorce from Carol and remarried in June 1978.

“After more than four decades of investigation, Sturgeon Bay Police Department recognizes the Fillion family has endured 43 years of anguish for the loss of their sister,” said Sturgeon Bay Police Chief Arleigh Porter, referring to Carol’s family. “With no answers as to ‘why’ for years, perhaps some ‘answers’ will begin to be offered to the Fillion family members. While the pursuit of justice is often difficult, and in this case long overdue, investigators never gave up and hope to bring to light answers to family members on Carol Jean’s behalf.” 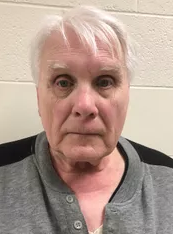 Pierce is being held at Cheboygan County Jail until his return to Wisconsin.