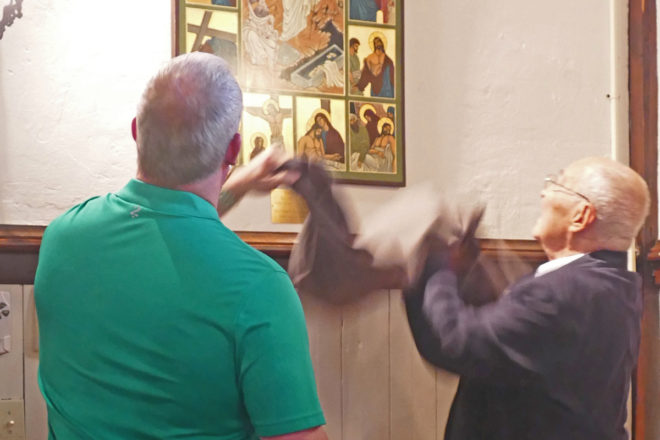 An icon depicting Christ’s final week on Earth was recently unveiled at the Episcopal Church of the Holy Nativity, 3434 Cty V, in Jacksonport. It hangs in the nave of the church, which was built in 1889.

Iconographer Bob Appel of Ellison Bay depicted the Stations of the Cross on one large panel, rather than individual pieces. Appel said he begins to “write” icons with prayer.

Fr. Olin Sletto offered a prayer of dedication as Don Fritz and Tim Lanz, who commissioned the work as a memorial to the late Ken Buehler, revealed the icon.