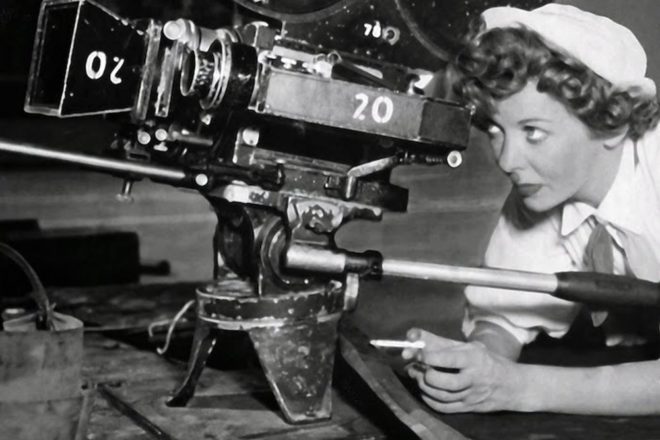 Ida Lupino had an amazing career as actor, writer, director and human being.

One of the tautest, toughest examples of the always masculine film noir genre was the work of a woman by the name of Ida Lupino.

The year was 1953 and the title is The Hitch-Hiker, a 71-minute tightly coiled tale of two average guys on a fishing trip who make the mistake of picking up a homicidal maniac, played with extreme creepiness by William Talman, who would go on to TV fame as the world’s biggest loser, District Attorney Hamilton Burger, weekly foil to legal eagle Perry Mason.

The Hitch-Hiker is based on the true story of California murderer Billy Cook, who killed five people on a spree in 1950.

Ida Lupino went to the trouble of interviewing two men Cook held hostage for insight into the horrific story. However, censors reined in parts of the story, including reducing the bad guy’s murder victims from five to three.

The marketing tagline for the movie was “When was the last time you invited death into your car?”

There is something so different about this movie. It’s film noir, but not like any you’ve seen before. Film noir takes place in crowded cities, in claustrophobic rooms, on narrow, dead-end streets. 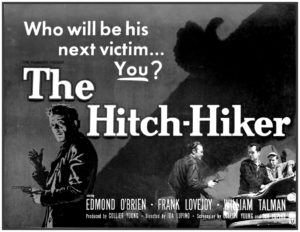 The Hitch-Hiker takes place in the claustrophobia of a four-door Plymouth nosing its way through a dusty southwestern desert landscape.

After Dorothy Arzner, Ida Lupino became the second female member of the Director’s Guild. Unlike Arzner, Lupino became a director after having had an extremely successful career on the other side of the camera, a career that continued even as she began directing movies.

The British-born Lupino came from a stage family. Her film career began in England in 1931, when she was 13. By 1933 she was playing lead roles in a London studio owned by the American film studio Warner Bros., where she became known as the English Jean Harlow.

She was eventually signed to Dorothy Arzner’s old studio, Paramount, for a five-year deal, where, instead of the Harlow reference, she considered herself “the poor man’s Bette Davis,” because she got all the roles Davis turned down. But a Warner Bros. producer, Mark Hellinger, liked her in a movie and signed her to play a tough broad opposite Humphrey Bogart, George Raft and Ann Sheridan. Critics agreed that Lupino stole the show. Her unhinged reaction in a courtroom scene made her famous. At parties someone would inevitably say, “Go crazy, Ida!”

She continued to make some memorable movies for Warner Bros., and continued to steal movies, and for a very good reason. Ida Lupino has an emotional honesty on the screen that can make others seem like mere actors. Cagney has it, too.

She could play soft and sweet, but she could also play a tough, scheming dame, issuing great lines such as these – that sound like they might have come from a man – with utter conviction:

“I might have known it was a dame. Nothing else makes a guy cave in like that does.”

“She wouldn’t give you the time of day if she were wearing two watches.”

Her independent streak and perhaps her perfectionism meant she spent a good deal of her time at Warner Bros. on suspension for having too many of her own thoughts on scripts and casts. One of those suspensions came when she refused to star opposite Ronald (“Where’s the rest of me?”) Reagan in King’s Row.

Being on suspension allowed her time to see the work of moviemaking from the other side of the camera, and she was a sharp observer. She became a constant presence on whatever movie set she was on, taking note of the roles of director, cameraman and the various other technicians who make movies happen.

Despite having the acting gift and receiving critical accolades for it, Lupino grew tired of being in front of the camera. As she told one interviewer, “I’ve never really liked acting. It’s a tortuous profession, and it plays havoc with your private life.”

And meeting Italian neorealist director Roberto Rossellini at a party in the late 1940s got her thinking about telling stories of ordinary people in real-life situations.

In 1949 she and second husband Collier Young formed a new film production company with screenwriter Malvin Wald, who had just been nominated for an Academy Award for his screenplay for The Naked City (1948). They called themselves The Filmakers.

They published a “Declaration of Independents” in the Feb. 20, 1950, Variety in which they expressed deep admiration for fellow independent producers Robert Rossen (All the King’s Men, 1949), Stanley Kramer (Champion, 1949) and Louis de Rochemont (Boomerang, 1947) for “bringing a new power and excitement to the screen.”

The company’s first release was the 1949 film Not Wanted, a well-told tale of an unwed mother, which, you might imagine, was not your typical Hollywood fare. In a field dominated by men, Lupino wanted to tell stories they would not touch. 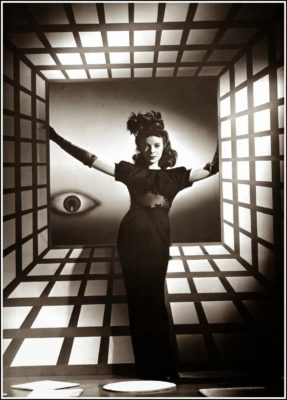 Lupino got her first chance to direct when Not Wanted director Elmer Clifton suffered a heart attack. Filmakers was a tight operation and the show had to go on. Clifton remains the director of record.

To everyone’s surprise, Not Wanted made money, and investors insisted that Ida direct the next film from Filmakers, Never Fear, a story about a dancer who is stricken with polio (an epidemic was sweeping the nation at the time). Ida had recovered from her own bout with the virus in 1934, so she co-wrote the script (she was already recognized as a professional writer, having sold short stories to magazines and scripts for radio plays).

That was followed in 1950 by Outrage, the story of a rape and its psychological impact on the young victim, and then Hard, Fast and Beautiful, a tale of another exploited young woman, this time a professional tennis player with a cagey manager and a stage mother.

Lupino changed her focus in both her 1953 movies. Instead of young women trapped in situations, men are now the victims in The Hitch-Hiker and The Bigamist.

With The Hitch-Hiker, Lupino is credited as the first female director of a film noir. With The Bigamist, there is also an inkling of Lupino’s sense of humor. She cast herself as one of the wives of Edmond O’Brien’s bigamist, and for the other wife she cast Joan Fontaine, who was now married to Lupino’s former husband and still business partner Collier Young.

In all of these movies and the other films and many TV shows she directed (everything from The Twilight Zone to Gilligan’s Island), she continued to invest with the emotional honesty she displayed as an actor. It comes through in her writing as well.

Her final feature film as director was the almost all-female cast of The Trouble With Angels (1966), focusing on a couple of girls adjusting to life in a Catholic school for girls run by nuns (with Rosalind Russell as Mother Superior). Yet again, Lupino brings emotional honesty to the screen in a film that I really had to steel myself to watch, but ended up enjoying her masterful touches.

Ida Lupino had an amazing career as actor, writer, director and human being, and deserves to be better known as a trailblazer, not just for women but for anyone with creativity and an independent streak.