With more than 4,000 Boys and Girls Clubs nationwide, the honor of being the best small club among them is a point of pride for the club’s CPO, Julie Davis.

“We like to believe that we received that award for doing the right things, the right way, for the right reasons,” says Davis. “We are not babysitters or playground supervisors for kids. Each moment we spend with them we want to be providing life-skill building activities that can make them more successful.”

The club has seen a 2,000 percent increase in daily attendance in the past three years (yes, you read that right, 2,000 percent with three zeros), so it’s clear the club is doing something right.

Currently amid their summer schedule, the Boys and Girls Club provides continuing educational programming along with recreational and life-skills programming in a fun, safe environment. 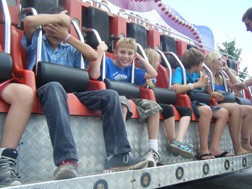 “Our science-based clubs, like making silly putty or slime or volcanoes from baking soda and vinegar, are very popular,” says Davis. “Basically, we succeed when we make it fun because we know that kids vote with their feet – if it’s fun, they’ll come!”

During the summer, the club also has Project Learn time for K-5th graders and Brain Gain/Reading time for teens daily. This time is used to help kids continue to develop academically when school is not in session. According to the Boys & Girls Club’s Facebook page, on average, students lose two months of reading and math skills over the summer. Project Learn aims to address the issue of summer learning regression in a fun way. Certified teachers plan the programming, so parents can trust that it’s high in quality and age-appropriate.

School-year registration for the club begins in August, and a membership is only $10 annually. That’s a low price even for just safe supervision of children, but the Boys and Girls Club offers much more in their after-school programming. Along with academic Power Hour and outside play activities for K-5th graders, the club has programming to appeal to and develop kids’ other interests, such as Nature Club, Art Club, Music Club, Sculpting Club, and more. When the club sees a need, interest or opportunity in a certain area, programming is developed to explore it.

The Boys and Girls Club also has a healthy meal every Monday evening for members that have spent the full afternoon there. Besides helping to fulfill a need in our community for quality, nutritious food, Monday Meal is also a place for kids to learn etiquette and table manners, skills the club values. According to Davis, “Good character and citizenship as well as healthy lifestyles are priority outcomes for our members.” 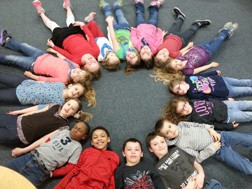 The Boys and Girls Club of Door County is currently in the middle of a $1.5 million capital campaign to fund the purchase and renovation of its new program center at 55 S. 3rd Ave. Resource Development and Marketing Director Mark Knaap says that only one percent of the club’s funding comes from membership fees. The rest of the budget comes from the United Way, state and federal grants, and philanthropic giving.

The club will host a Casino Night on Sept. 11 at Stone Harbor Resort in Sturgeon Bay; all of the proceeds of that event will go toward the capital campaign. The new building is being used already for the Teen Center and offices; it is the club’s hope to have 3rd-5th grade students at the new center this fall. This is an ambitious goal, but with the example of unprecedented growth achieved in the past few years and the palpable enthusiasm of staff, board members and volunteers, the Boys and Girls Club looks ready to achieve it.

Any community member wishing to donate to the capital campaign, or get involved in another way with the Boys and Girls Club of Door County, can visit bgcdoorcounty.org or call 920.746.5125.