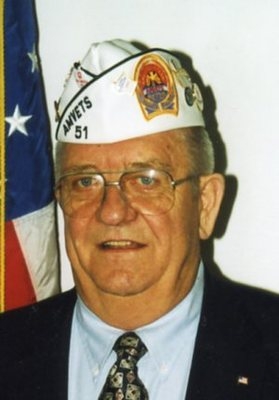 A dozen years ago, when Scott McFarlane left active-duty service with the Army and returned to his hometown of Green Bay, he started discovering the world of veterans benefits. And then he heard there was an opening for Door County’s Veteran Service Officer (VSO).

“I don’t know how many people told me, ‘Apply for that job. You have Ken Wendt there,’” McFarlane said.

Although McFarlane knew of Wendt at the time, he did not know him or know just how influential Wendt – an Army veteran of the Korean conflict – was in veterans’ affairs.

“We have strong support for our office here. Unfortunately, that’s not true in every county,” McFarlane said. “One of the reasons is Ken Wendt.”

Kenneth Charles Wendt, 83, of Sturgeon Bay died at a Green Bay hospital on Feb. 19. McFarlane wanted people to know that a good man has been lost.

“He has done so much for the veterans in Door County, in the state and at the King Veterans Home,” McFarlane said. “Most of our older veterans, they participate in maybe a local veterans group. They’ll go to a meeting once in a while. They’ll do some events, maybe selling poppies or participate in a fundraiser here or there. But he did it every day of his life. It was like he woke up each morning and said, ‘OK, what can I do for veterans today?’ It was almost like having an extra staff member.”

As a result of his extensive volunteerism, the Wisconsin Department of Veterans Affairs dedicated a meeting room in his name at the Marden Memorial Center at the Veterans Home in King, Wisconsin.

“He was a good friend, mentor and second father to me,” said John Scocos, the Iraqi war veteran who served as secretary of the Wisconsin Department of Veterans Affairs from 2003 through 2016.

“He helped push our veterans homes with the Wisconsin Department of Veterans Affairs into the 21st century,” Scocos said. “When he was chair of the board, he assisted me and our department so much into our solvency. We went from being insolvent to – when I left in 2016 – having a surplus of $60 million. I wouldn’t have been able to do all those things as secretary without the support of Ken and the board. He brought a coalition together. When things weren’t going well, I can’t tell you how much he supported me personally. It’s a big loss for our state.”

“One of the key things with him was his leadership abilities,” McFarlane said. “He always seemed to end up being the leader wherever he went, and rightfully so because that was his personality. Not that he was doing that because he wanted to tell everyone what to do, but because he was so good at being a leader and rightfully just ended up on top.”

Through his own 30 years in the Army, McFarlane knows something about leadership and appreciated Wendt’s brand of personable abilities.

“That is one of the tenets of his leadership: He could do it in a very friendly, positive, outgoing way,” he said. “People gravitated to him. You knew when he was in the room. But he was also able to meld into the background when that was necessary. Let’s say the Veterans Day ceremony at one of the schools. Last time it was at Sturgeon Bay. He was there with the colors for Amvets or the Post flag. I go through the whole ceremony and turn around, and there’s Mr. Wendt, holding the flag because he wasn’t in charge – he was just doing his part. A lot of people aren’t able to do that. If they’re a person who normally takes charge, they’ve got to let everybody know they are around.”

McFarlane also mentioned constant favors Wendt did for veterans on his own dime, such as taking a wheelchair to the repair shop at King Veterans Home.

“He would load it up and take it and get it repaired, all out of his own pocket,” McFarlane said. “He’d get it taken care of, things that would normally take a lot of money and time to do. It was just phenomenal. I could go on for hours about the things he did because he did it all day long, every day.”

A memorial service will be held Thursday, March 7, 11 am, at St. Peter’s Lutheran Church. Visitation will be Wednesday, March 6, 3-7 pm, at the Forbes Funeral Home in Sturgeon Bay, and from 10 am until the time of the service at the church on Thursday.