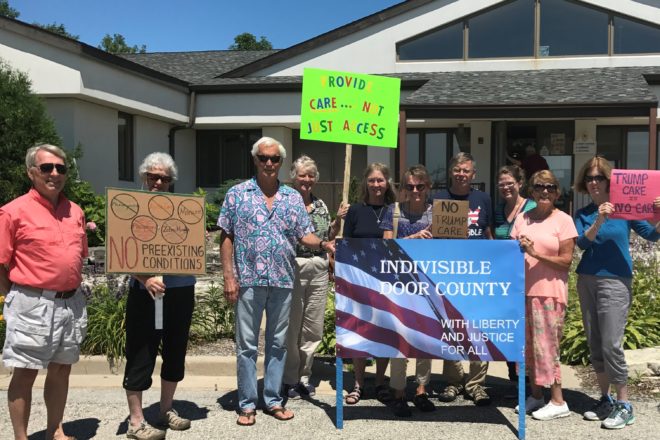 About 20 members of Indivisible Door County met with Senator Ron Johnson’s staff in Egg Harbor July 12. Johnson’s constituents voiced concerns about the senator’s position on the current health care bill, his position on climate change and the Paris Agreement, as well as on water quality and tax reform. The group, a contingent of the more than 300 strong members of Door County Indivisible, also expressed strong concern about the closed-door secret meeting process being used by Republicans in their attempt to change one-sixth of the U.S. economy and the entire health care system including the consequences to rural small-town hospitals of the loss of Medicaid revenues. The group also made yet another request for Senator Johnson to hold a true town hall or open listening session in the area. For more information, find Indivisible Door County on Facebook.