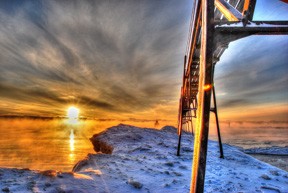 Five years ago, Tom Jordan “just started taking pictures,” he says. The now retired ‘ad man,’ author, and speaker had just finished a book about the history of the Pfister Hotel in Milwaukee and wandered around the building with the book’s photographer, Jay Filter. “I kept walking with him,” recalls Jordan. “He’s a good guy. His photos were amazing. He encouraged me.” So Jordan bought a Nikon. He doesn’t go anywhere without it.

Jordan was introduced to the art of photography while attending Kent State University for a degree in journalism. “It was just a class,” recalls Jordan. “We would go in the dark room, learn a couple of critical things about how to see a shot. I have a good eye for that.” Since then he has learned three valuable lessons about photography: “You have to have a good camera, you have to know what the camera can do, and you have to, have to, have to have a tripod or you’re not gonna have a sharp photo.”

The self-described “blue collar Irish/Catholic kid, Dad worked in the factory, mom worked for Jesuit priests,” went on to pursue a career in advertising after college…and was pretty good at it. He eventually became chairman and chief creative officer of Hoffman York, which had offices in Milwaukee and Chicago. 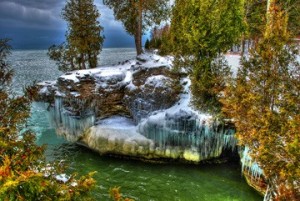 One aspect of advertising he became recognized for was marketing to women. “Women control 85 percent of purchase decisions,” says Jordan, “but 90 percent of the ads are created by men.” He saw the sexism rampant in advertising – on the ads and in the business. “It’s one of those things, when you know what’s going on, you can’t close your eyes to it again.” He dug deeper and deeper, penning three books about gender difference, offering tips and advice about communicating with and advertising to women: Re-Render the Gender, Purse Strings, and The Seven Secrets of Marketing to Women Every Man Must Know.

Jordan credits his mother for his passion for women’s issues. “It’s because of my mom that I’m the way I am,” he says. “I’d set up the table with mom and she’d tell stories about what she went through. Dad was very supportive and I had four sisters.”

When Jordan and his wife, Suzanne Cubar, retired to Sturgeon Bay last June, he volunteered to help the Women’s Fund of Door County and Boys and Girls Club of Door County. “I don’t want to get overcommitted,” he laughs. 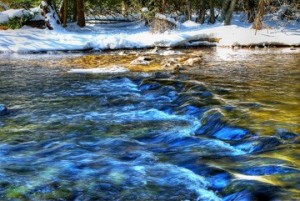 Jordan admits that once he retired, he “had to turn and do other things,” he says. “With photography – it’s funny, I’ve been jumping in more and more.”

Perhaps literally, Jordan risks life and limb for the shot. “The sun was starting to set, I was driving thinking, ‘That is really cool. That is really cool,’” he recalls of a particularly dangerous shot. “There was a pile ten feet high of snow, so I climbed on top of it.” He also rises before sunrise, “It seems like the sunrise around here is always different.”

Though Jordan participated in a Photoshop class with Door County photographers Suzanne Rose and Dan Anderson, he shies away from editing on the computer. “I do everything I can do with the camera…not later,” he says. “I don’t have the skills.” 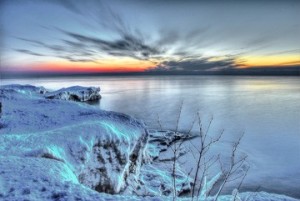 He is bettering himself and his skills, and that class played an integral part. “It was an incredible experience. Suzanne can make a snapshot into a gorgeous work of art – that’s her vision. She can look at a thing and realize what she’s going to do with it.”

On the first day of the class, participants were asked to show their work. “We sat around a table and I went last. I thought I would bolt from the room,” recalls Jordan. “I kept thinking, ‘Oh my gosh, oh my gosh!’ These people had photos printed, blown-up, mounted. I had my screen. I realized how much farther I have to go. I decided, ‘I’m not going to show up tomorrow.’”

But Jordan did return to the class. “I’m so glad I went back. It really made me realize that you do it for yourself. It’s creative expression, it’s like music – you look at it and say, ‘That’s pretty good.’”