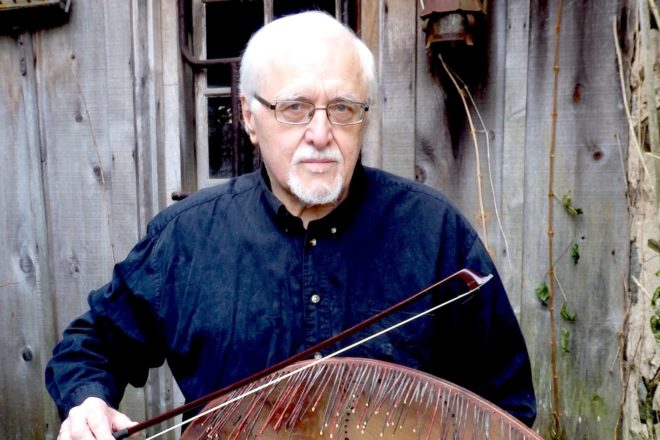 BEGIN is a creative music series held in the studio above The Artists Guild in Sturgeon Bay. The series features nationally and internationally known artists working in improvised and other creative approaches to sound and instrumentation. The aim of BEGIN is to engage the Door County community in events that accentuate the decisions and actions of the creative process within live performance.

On March 24, instrument inventor and improviser Hal Rammel will perform at 7 pm as part of the series. Using beautifully constructed instruments of his own design, Rammel’s performances are visually and sonically intriguing as he coaxes otherworldly sounds from these strange devices.

Rammel has been involved in the creative arts for many decades. As a composer and improviser he uses musical instruments and sound sources of his own design and construction, releasing many recordings on his own label Penumbra Music. In 2014, 14 instruments designed and built by Hal Rammel were added to the permanent collection of the National Music Museum in Vermillion, SD. For an overview of Rammel’s visual and sound work visit halrammel.com.

The series is limited to 40 seats per event and no advance tickets will be available. A suggested donation of $10 at the door will go directly to the performing artist. The schedule for future events in the BEGIN series can be found at rhythmplex.com/event-directory/.