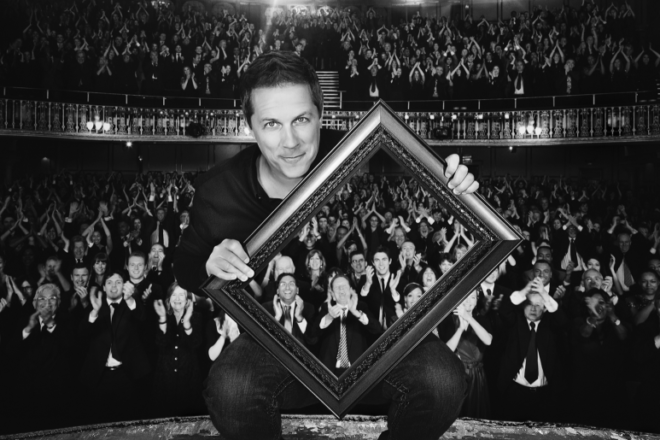 The Southern Door Community Auditorium (SDCA) will host a show on Jan. 25, 7 pm, that’s not to be missed: a rare opportunity to witness the magic and illusion of Mike Super. Submitted.

The Southern Door Community Auditorium (SDCA) will host a show on Jan. 25, 7 pm, that’s not to be missed: a rare opportunity to witness the magic and illusion of Mike Super.

Fresh off another network TV series, Super has captivated millions of fans once again and is the only magician in the market who offers the box-office credibility of two NBC network series. In addition, the producers of Penn & Teller selected him to appear on the season-premiere episode of the acclaimed CW Network show Fool Us.

Fans may also recognize Super from Radio City Music Hall, where he was a finalist on the summer’s number-one rated show, America’s Got Talent. For more than three months on live television – sometimes twice a week – Super has floored viewers and the celebrity judges with his trademark magic, which is continually hailed as the most original magic in the show’s history. Super was even featured on the America’s Got Talent 10th-anniversary special.

In addition, for an exhilarating six weeks, the NBC series Phenomenon was broadcast into millions of households. The show was dubbed “American Idol for Magicians,” and NBC searched globally for the next star of magic. With electric performances that enchanted the American public – and judges Criss Angel, Uri Geller and a panel of celebrity guests – Super proved he was the best of the best and earned the title of “The Phenomenon”! Super is the only magician in history to win a live magic competition on live network television.

As a result, Super now has a fan base in the millions, and his YouTube exposure alone boasts more than 42 million hits. His fans want to see more, and this is where his live arts show comes in.

Super has created an unforgettable magic experience in which he turns the expectations of a theatrical magic show on its side and then dumps it out into the audience, where audience members become immersed as magic happens to them.

The secret to Super’s success is his natural ability to entertain and fascinate. He has pioneered a new form of magic with his own inimitable, down-to-earth style and personality, and he’s given the art of magic back to the people by transcending the “trick” and connecting personally with his audience.

Whether it’s through television, stage or one to one, Super’s personality and humor reach out and enchant. His appeal to both young and old has made him one of the most sought-after mystifiers in the world.