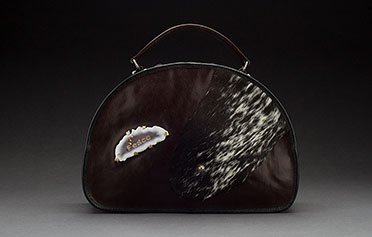 The Hardy Gallery is wrapping up their 2016 season with another showstopper. The final exhibit, Form Follows Function: The Intersection of Art and Craft, will feature more than 30 local and regional artists that are experts in their mediums. “Form follows function” is a phrase used to emphasize modernist architecture and industrial design in the 20th century – the idea that the shape of an object should be based upon its intended function or purpose. This show will revolve around the ideas of the Bauhaus Movement in Germany (1919-1933) which promoted the simplicity of form based on functionality; a concept that is used in modern design. The Bauhaus Movement simultaneously challenged the traditional distinction between what was considered “fine art” and what was considered “crafts.”

The Hardy Gallery sought artists that currently explore this crossover, regardless of the medium. This exhibit will feature three-dimensional pieces with work created in media traditionally associated with “crafts,” including: woodworking, textiles, ceramics, art metal, sculpture, bookmaking and other art that reflects this philosophy. The exhibit will open Sept. 2 with an evening reception from 5:30 to 7 pm. The exhibit runs through Oct. 9 at 5 pm.