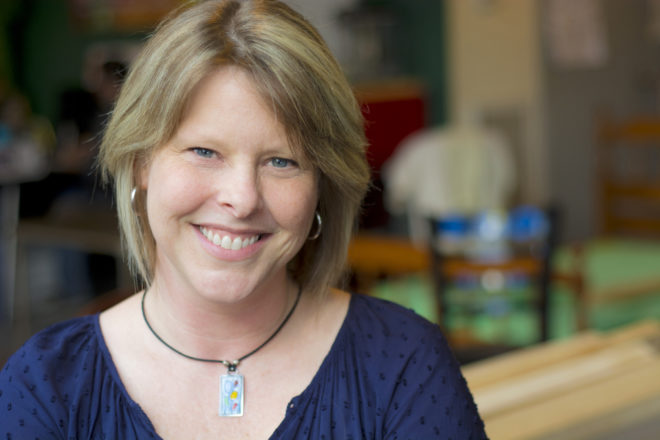 Celebrate Water events were on the minds of most attendees of the Jan. 12 Door County Talks lecture, “Building Community and Common Ground through the Arts.” After lecturer Kelli Strickland, executive and artistic director of the Weidner Center for the Performing Arts, finished speaking and began the Q&A session, audience members were quick to name this yearlong series of events as Door County’s example of how different organizations are coming together to support one theme.

It’s true: Celebrate Water is a multidisciplinary celebration that finds equal time for science, theater, visual arts, literature and other disciplines. The question I was left with is: Is this reaching enough of the “community,” or is it just reaching the same people who are always invested in these organizations and events?

Strickland’s lecture was the first in the Door Community Auditorium’s Door County Talks series, held in collaboration with the Door County Civility Project and the University of Wisconsin – Green Bay. In 2019, the series is themed around promoting civility, strengthening community and encouraging empathy.

In opening the lecture, Strickland began with a brief history of how the arts have intersected with human works. She said that it started with Leonard Bernstein, when he developed the Young People’s Concerts series in the late 1950s. His series introduced a younger audience to classical music. But this kind of intersection with the arts was more about exposure to the arts and not about how the arts can have a long-term impact on the community.

In the 1980s, there was a shift away from this type of art exposure. With the No Child Left Behind education policy in place, arts programming was cut from schools, and the word of choice became “outreach.” Arts outreach has since gone out of favor because it implies a power dynamic where the artist is in the power role and brings (dictates) to the community what it needs; there is no conversation or dialogue between the two. What’s most favored today is the community and artists viewed as one.

One of the most powerful examples that Stickland gave was of Mural Arts Philadelphia — one of the most well-funded community arts projects. The Peace Wall mural in particular illustrates how the arts can build community and empathy. The mural started when one artist, Jane Golden, went door to door asking residents of a Philadelphia neighborhood to talk about making a mural after racially charged violence had spread throughout the community. The mural didn’t have complete buy-in. Golden and other organizers spent months and months talking to residents about it because “it takes that long to build trust,” said Strickland.

It was successful because the artist listened to the community; the actual design was conceived by a resident, not the artist. The mural shows hands (modeled by volunteers from the neighborhood) of people of all different races and ages piled on top of each other. The Peace Wall became an opportunity for the community to grieve together. The image of The Peace Wall on the slideshow screen was striking, and it was easy to see how the arts helped to build community.

In Door County, it’s harder to see that direct, linear connection, despite our county having numerous arts organizations doing good work. Strickland said that building community “is about connecting people who wouldn’t be connected otherwise.” So I’m left with another question: Where are groups of people who wouldn’t normally be interacting, interacting in Door County?