No. Not that LSD. Lee Sherman Dreyfus.

When I started teaching at University of Wisconsin – Stevens Point in the fall of 1978, Lee Sherman Dreyfus had taken a leave of absence from his job as Chancellor to run for governor. He surprised a lot of people, knocking off establishment Republican figure Bob Kasten in the primary and then defeating incumbent Democrat Marty Schreiber who had become Governor when Patrick Lucey left the state to become Jimmy Carter’s Ambassador to Mexico. When Dreyfus became governor, the national economy was something of a nightmare with persistent inflation combined with rising unemployment. Somewhat paradoxically perhaps, high inflation increases government revenues. Think higher income taxes, but especially higher prices and higher sales taxes. So, after a year or so in office, LSD discovered a budget surplus. Proclaiming that the money should be returned to its rightful owners – the taxpayers of Wisconsin – rather than remain with the government, he convinced the legislature to return the money in the form of rebate checks. Fast forward to 2000 and George W. Bush. Another budget surplus – albeit in the federal treasury – was greeted by candidate Bush with precisely the same call to return the money to its rightful owners rather than allow government to keep it. I will spare you the gory details, but I suspect everyone remembers the whirlwind trip from surplus to deficit – in both cases – and the public sector belt tightening that followed each giveaway.

Now, try to find that fast forward button again. It is 2014 and Scott Walker has discovered a budget surplus and wants to return it to its rightful owners. Maybe we should look at that old cassette player I’ve been returning you to and try to find the pause button. Three reasons.

First, as a number of nervous politicians have pointed out, the Governor’s plan to cut taxes to get the money back in the “right hands” short changes the state’s Rainy Day Fund and increases the structural deficit. Second, though we cannot say for sure that giving the money back will have the same result it had when Governor Dreyfus and President Bush did it, we certainly cannot say for sure that it will not. The giveback does take a real chance. Finally, is it really true as then candidate Bush put it on the campaign trail that the individual taxpayer always knows better how to spend his or her money than does the government? Are there no public priorities, only private ones? Yes, I am a public employee. I have been in the UW System for 36 years and I have loved it. But are those of us who work in the system the only folks who want to see it flourish? Are police officers and firefighters the only ones who care about public safety budgets, social service workers and their clients the only ones who care about the social safety net, or elementary and secondary teachers the only ones who care about K-12 education?

So what exactly do I advocate? Governor Walker, sit on the surplus and let’s have a vigorous public debate – say during this fall’s election – about whether it should be sent back to fund private priorities or kept to fund a range of public priorities, priorities determined by the conversation we have so far been unwilling to have. 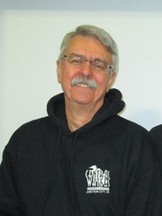 Dennis Riley has taught American Politics for 45 years, 36 of them at UW – Stevens Point, where the student newspaper recently voted him the “Best Professor in Point.”