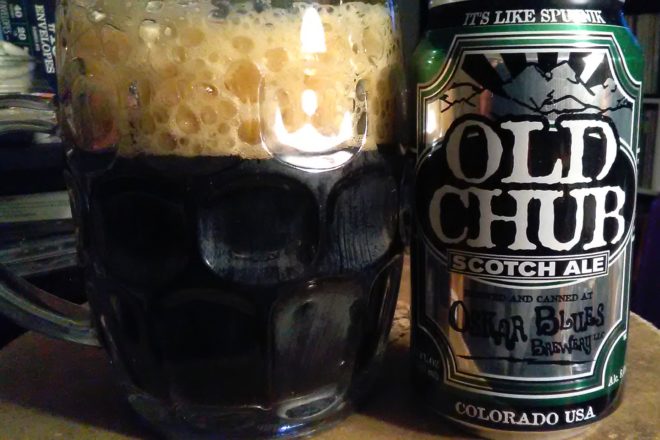 I do not comprehend the meaning of that line, which is printed at the top of the can of Old Chub Scotch Ale that I’m drinking. It’s made by the Oskar Blues Brewery of “Colorado USA.”

Sputnik, you will recall, was the Soviet satellite that spawned the dawn of the space race when it was launched on Oct. 4, 1957. America was aghast at the idea of the Commies beating us into space with their beach ball-sized satellite.

And then the dirty Commies kicked us in the goolies again a month later when they launched Sputnik II to commemorate the 40th anniversary of the Soviet revolution – this time with a stray mongrel on board that they named Laika, but that was known in America as Muttnik. It was a one-way trip for poor little Muttnik.

Five Soviet Sputniks were launched. Sputnik IV, which is rumored to have carried the first human into space – although the Soviets, who were known to lie as much as a certain U.S. president, said it carried only a dummy – orbited Earth for four days before something went wrong.

A 20-pound chunk of Sputnik IV landed on and buried itself in a street in Manitowoc, Wis., on Sept. 6, 1962. The city celebrates the event yearly with Sputnikfest: a fundraiser for children’s art programs at a museum on the street where the chunk fell.

But what all this has to do with this delicious, 8 percent American Scotch ale is beyond me.

This is a full-bodied beer with chocolatey tones; subtle, smoky peatiness; and an unexpected, tarty finish. I do expect some sweet maltiness from a Scotch ale, which I do not get here, but still, it’s mighty tasty.

It was not that long ago when true beer fans would avoid beer in cans. It was at one time considered the beer-delivery system of loser beers. Draft beer was the ultimate experience for fresh beer, but when you think about it, isn’t a keg just a big can?

Oskar Blues is a leader in canned craft beer. It’s been canning its beers since 2002 with the motto, “Pack it in, pack it out.”

Still I wonder what’s with the Sputnik reference. Beep, beep! If you don’t know what that means, search for “Sputnik beeps” on YouTube.