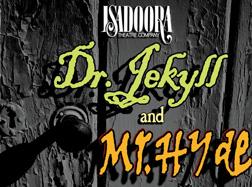 The play is set in Victorian-era London where Henry Jekyll’s experiments have brought forth his other self – Edward Hyde, a sensualist and villain, free to commit the sins Jekyll is too civilized to comprehend.

Thursday, Friday, and Saturday performances begin at 7:30 pm. Sunday matinees are at 2 pm.