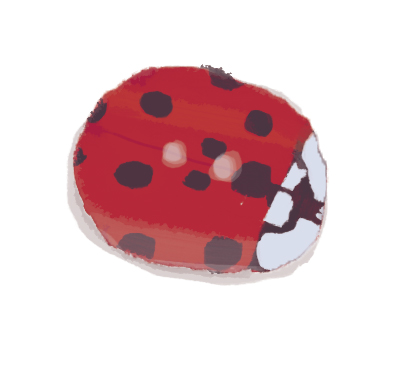 My desk it seems is the natural habitat and reserve for the Asian lady beetle, a.k.a. Harmonia axyridis. If you Google “Asian Lady Beetle” the first site to appear will be for Asian Lady Beetle control…including the gallon size Asian Lady Beetle and Boxelder bug killer, $15.97 at Home Depot, the Ortho Pest Control Home Defense Max is a gallon at $6.97. What follows are the testimonials: “My neighbor has a boxelder tree that every September and October is loaded with boxelder bugs so the front of our house is also coated with boxelder bugs, ‘Bug Free’ worked great.”

As a certified pesticide applicator, as are most farmers, it is always a little galling that people who really don’t have bug problems of consequence are allowed to indiscriminately spray chemicals in and around their house and then buy organic at the grocery store, go figure.

I am charmed by the Asian lady beetle; why shouldn’t we be charmed, after all its scientific genus name is Harmonia with some 15 species, with half a dozen subspecies each. A big family is the lady beetle (never mind only half are “ladies”): they’re found in Nepal, China, New Zealand, India, Sri Lanka, most of Europe, Southeast Asia, Japan, now the U.S.

Generally their color is orange, pale orange, if also available in a deliberate pink for Harmonia quadripunctata of Scotland (these occur in pine wood habitat). Other species of Harmonia are rust colored, olive, yellow, brown, red with orange spots.

Determining species and subspecies for the lady beetle is difficult because the coloring among the same species is variable, though a basic and classic format is the Harmonia in the orange over-shell with black spots.

The Harmonia is neatly designed, to my mind a toy-like appearance. I have often thought nature at times is cruelly biased, making some animals a touch ugly and some animals too decidedly cute, to realize even Hannibal Lecter was loved by someone, though the odds are unfavorable the Hannibals will ever sign a million dollar underwear spot for Jockey.

It is interesting how variable we are of annoyance and nuisance, over insects, flies, mosquitoes, Asian lady beetles, ticks. In ag circles we have been coached for generations to accept tolerable levels of infestation. The cornfield may well have root worm but its economic threshold is negligible, potatoes do well enough with some Colorado potato beetles. The point being not to spray until that interpretive critical threshold is reached, to pick your armament well, something different from what you used last time, known as mode of action, MOA, as ought come stamped in great big capital letters on every pesticide container. The name of the game in pest management, because we don’t ever win against class Insecta, we just manage.

Étienne Mulsant, a French entomologist whose 1880 photograph shows a nappily dressed man waistcoat, starched collar, bow tie sitting on an elegantly figured chair, probably in the photo studio, with a slightly annoyed expression on his face, his hairdo designed by a rock band. Étienne wrote “Letters to Julie,” describing the greater part of the insects then inhabiting France.

He was the mayor of Saint-Jean-la-Bussiére, later the professor of natural history in Lyon, 1843-73, he published Histoire Naturelle Des Punaises de France, the bugs of France. His “Letters to Julie on ornithology” are considered a natural history triumph akin to what we in Wisconsin think of that Sand County Almanac even though the Almanac is not considered a breakthrough in love-letter writing. (To state as an English major one should never write for one cause only. If insect identification can be rendered seductive, do give it a try.)

His atlas on hummingbirds is a classic, if more pertinent here, a ladybug genus Mulsantina are named in his honor. Unfortunately both the Pulitzer and the Nobel tend to ignore the greater field of love-letters, including those to Julie via insects.

As I write this on a mild March morning I am surrounded by a small squadron of ladybugs adorning my office window, the windowsill, creeping across my desk. Ladybug locomotion is fascinating, the synchronoscopy of their legs. It is my sense that when we are ready to explore the solar system we ought design our vehicles after beetles and aphids, equipped with nano-sized sensors and reproductive organic computers. Make ‘em cute, give them names, then turn them loose. A lot cheaper than sending human beings, besides gamma rays don’t affect ladybugs so very much suggesting they were here longer than we were, on a different earth.

The current “infestation” of the Asian lady started with the importing of these beetles to counter aphid damage in California fields (alfalfa to tomatoes), gardens, fruit trees. The Asia ladybug is more prolific (hornier) than our routine also non-native ladybug. To the end we see more winter-habitat-seeking ladies than previous. To wonder what the male ladybug thinks of itself, characterized as a ladybug, but then sexism abounds; deer get killed for horns and in game populations males are generally expendable. Humans do not yet grow horns though maybe there should be a varietal Viagra with options for horns.

Nice thing about a writing desk infested with Asian ladybugs, it qualifies as a ranch.