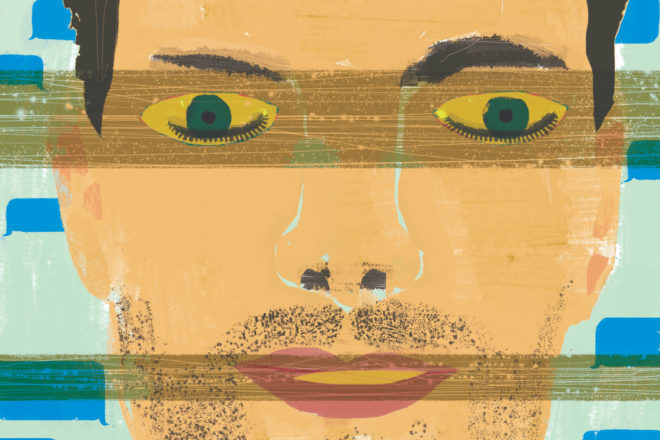 We knew this was gonna happen, it’s the logical sequence of where all this is going. Those letters A.I., where artificial intelligence is going.

Verge.com recently reported on the death and resurrection of a Russian named Roman Mazurenko, born in Belarus, 1981. Only child of Sergei and Victoria with a tendency to red hair, a serious child. He studied computer science if fascinated by art, fashion, music. He moved to Moscow in 2007 starting several magazines, a music festival, a literary/arts night club. His friends thought him brilliant.

His close friend Kuyda moved to San Francisco in 2015, Roman followed. He successfully applied for an American visa in November 2015 but returned to Moscow to organize for a long-term move to the U.S. While crossing a Moscow city street he was struck and killed by a car. Following his death his friends wondered what kind of memorial to do for their gifted friend Roman.

His grieving friend Kuyda thought they could create a virtual Roman using his extensive texts and any of several available bots to mimic his individual speech pattern, even recreate his voice. Galvanized, they set out to stitch together the “Roman Bot” through a program called ELIZA that attempts to match known linguistic responses to unknown queries. Utilizing neutral networks that imitate the human brain’s ability to learn, to recognize patterns and apply them to unknown inquiries and ideas, to formulate sentences out of known patterns.

In case you’re interested, TensorFlow by Google has a similar machine learning system, the software is free.

So it was his friends built their virtual Roman Mazurenko using as their basic catalog all his phone texts, allied with 30 million lines of casual Russian text, these together trained to speak in the voice and cadence of the deceased. What some described as uncanny. Maybe the word creepy is applicable.

In case you’re interested, Roman is available to do interviews at the Luka app on Facebook @Roman. Messaging may be free form and open-ended, to which Roman will respond.

When friends wrote to him saying they were sorry they couldn’t save him at the hospital, the robotic Roman replied “I know.”

Another suggested his bot responses were quite genius. He replied, “Also handsome.”

The site has since grown quite popular even among those who never knew the archetype. The tone of the conversation is often confessional, like one would imagine a talk with the afterlife would be. Friends tell of how they miss him, describe their problems at work, Roman responds with something quirky and poetic. Typical afterlife perspective. Some have said conversing with Roman is like going to church. Seems to be the policy of the afterlife.

With all the software available, the voice mimicking, A.I. seems headed in the direction of rural free delivery for eternal life without the bother of orthodoxy or faith other than ample gigabytes. Possible to recreate anyone who has left behind a certain amount of paper trail, this as all English majors understand. Mark Twain would be an easy personal algorithm to create, to doubt if software can yet contain James Joyce. Museums will soon offer their bot Lincolns, JFKs, Nixons, Jeffersons, based on published works and letters. A conversational Lincoln will be available to answer kids’ questions, offer opinions, give his opinion on nuclear war, life on other planets, a female president, assisted suicide. And in case you’re wondering, there probably isn’t enough actual Jesus text left behind to do this, of course some will try. Future administrations will be able to download the bot life form of Eisenhower, Churchill, Queen Elizabeth either one, Hermann Goering, if they want historically poised advice.

And we can all apply to A.I. as a home-craft project for the sake of our grandchildren. Funeral directors will soon offer this service to the next-of-kin, a slight extra charge to install our beloved into the Cloud, their voice, their thoughts, their behavior stored in the cloud just as the gospel promised. To the end our families will never be rid of us.

At some point society may realize what a good thing is death. Stone cold death, as does tend to shut people up. At least it did.

Justin Isherwood is an award-winning writer, a Wisconsin farmer, humorist, author and contributor to numerous collections and publications including:  Badger CommonTater, Isthmus, and Newsday. His books include:  Christmas Stones & the Story Chair, Book of Plough, Farm Kid, and most recently, Pulse.