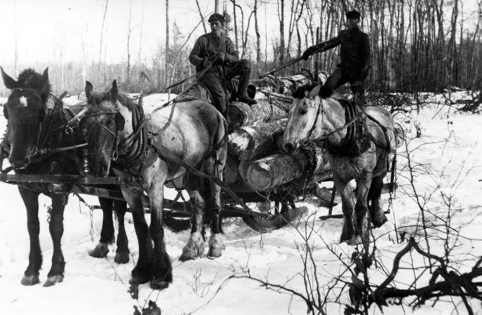 “Everyone is new at some point.” On June 23, a saga will finally be brought to a close on Washington Island. The Islanders, a play by Washington Island native Gayle Johnson, will be the third installment in a trilogy of plays written for, and concerning, the Island and its colonization.

The Islanders will display an interwoven tapestry of the tales Islanders grew up hearing about their ancestors: why they came to the Island, what did they do when they got there, what struggles they went through in the beginning.

The previous two plays, Steadfast Women and Iron Men, brought to the stage an appreciation for the stories of the Island and its inhabitants in 2001. Steadfast Women was a piece on the women lighthouse keepers who kept their posts through hardship; Iron Men depicted the historical events on Rock Island before the development of Washington Island.

Central to the play are the relationships between different ethnic groups during the early days of the Island. The Irish, Scandinavian and Icelandic immigrants who shared the Island with Yankees who moved north were prone to disputes over inter-marriages between groups. It was through these conflicts that the Island community, over time and through other difficulties, came together.

“By helping others, we all end up in a better place in terms of community,” Scott said, who draws connections between the sentiments of The Islanders and the role of community theater in bringing people together. “The real fun thing is having a whole community come together in the theater…It’s kind of neat to make believe.”

Modern-day inhabitants of Washington Island and Door County might find the tension between groups in the early days of the Island to be reflective of a similar dynamic today in the difference between “natives” and “locals.”

Gayle Johnson, author of the plays, felt this dynamic all too well. Tracing her family back five generations on the Island, she feels like and identifies as an Islander. Yet Johnson grew up away from Door County, coming up to the Island in the summer months to visit family when she was young. It wasn’t until her late teenage years when her family made the permanent move back to the Island. Because she didn’t grow up going to school with everyone, she felt estranged from the more tight-knit community on the Island.

Johnson’s perspective is a unique one. Few people can wear both of these hats: identification as a native, who can trace their lineage through the history of Door County, and part of the periphery. This unique perspective allows her to lend broader dimension to the stories that people tell about this place and the people who live here and to drive home a message of togetherness.

This message of inclusiveness is almost too well-timed. Johnson related the story of Door County to the broader dynamic between groups in these tumultuous times. “It’s the Island all over again,” she said.

Johnson now lives in the greater La Crosse area and works as a therapist. She attended the University of Wisconsin-Stevens Point for theater, Goddard College in Vermont for expressive arts therapy, and Lakeland College in Wisconsin for clinical therapy. She still makes it back to the Island to see family and to feel at home in old haunts every summer.

See The Islanders along with its companion pieces, Steadfast Women and Iron Men at the Trueblood Performing Arts Center on Washington Island from June 23-25. Tickets are $15/adult, $8/student, and free for students 12 and younger. For more information visit truebloodpac.com.