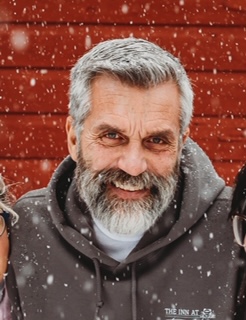 Washington Islanders have launched the We Stand for Dan campaign, rallying in a big way for a family in crisis.

Sixty-two-year-old carpenter Dan Nelson and wife, Dawn, had recently taken on a big project and investment: They were renovating the Frog Hollow bed-and-breakfast when Dan was diagnosed with skin cancer this summer.

The cancer has metastasized, moving to his lymph nodes and other parts of his body. Now he needs specialized therapy for a chance of survival, benefit organizers said. His family will need money to get through the crisis and provide support to Dan if he can go for treatment in Texas.

The Nelsons and their kids became a big part of the community while Dan and Dawn were running a campground and salon for about 16 years. Sue Cornell, one of the driving forces of the fundraising effort, wants to see Dan recover for the community and for his four adult children and their families. He has five grandchildren, with two more on the way.

“He’s one of these guys who had a really big personality, a big jokester, always doing things for people,” Cornell said. “In June, he had a spot of melanoma removed on his back, and then by late summer, he noticed a mass under his arm, and he had lumps all over. All of his lymph nodes were swollen, and he was horribly, horribly fatigued.”

Nelson’s insurance greatly limits what sorts of treatment he can get and which hospitals he can use, said Cornell and fellow organizer Diana Hagen. This form of cancer will require immune-response treatment and possibly experimental efforts that are “above and beyond what local facilities are able to offer.”

“Dan has been trying to secure an appointment at the University of Texas’ MD Anderson Cancer Center: one of the largest cancer centers in the United States, and the only one with specialized treatment in stage IV metastatic melanoma,” Hagen and Cornell said in a call for help for the Nelsons.

Benefit organizers set an initial goal of $100,000, but they said the Nelsons will probably need more help than that. To help support the family financially throughout Dan’s treatment, benefit organizers are raising money in many ways.

• Donations can go directly to the Nelson family through the Dan Nelson Fund at the Washington Island branch of Nicolet National Bank.

• A Go Fund Me page, We Stand for Dan, raised about $20,000 in just seven days. Other fundraising efforts – many promoted on the We Stand for Dan page on Facebook – have brought that total so far to almost $40,000. The owner of Island Edibles, Kyle Ransom, sold $1,000 worth of cupcakes online in January, and fundraising supporters delivered those Jan. 23-24. Also, the organizers have seen several items posted on Door County Rummage Sale and Island Rummage Sale, with notations that the proceeds will go to the family.• Shirts are available for order at westandfordan.com or through Vesta Davidson at 630.390.9534 or Alex Anderson at 262.685.7073.

Another fundraiser is the Winter Lantern Festival on Feb. 13, beginning at 1 pm, at the ball diamond. A limited-edition 2021 Packers football – on display at Mann’s Mercantile until Feb. 12 – will be auctioned off. Bidding on the football and releasing lanterns into the air at dusk will cap off the festival. Purchase lanterns for a minimum donation of $50 from Sue Cornell at 920.847.2792 or online at westandfordan.com.

Mask wearing and social distancing are encouraged at the festival, which will feature hot drinks, food, a pie auction, ice skating, games and live music by folk musician Julian Hagen and others.

Diana Hagen said fundraising to help neighbors is part of the island’s culture. She said she never forgot what an island old-timer told her about 25 years ago.

“An old woman said, ‘I am so excited for you that you’re pregnant and you’re going to raise a baby on Washington Island because they’re going to be raised by a community,’” Hagen said.