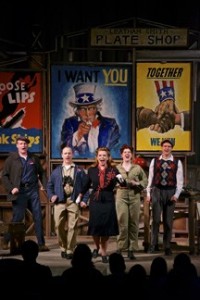 Jacinda Duffin came to Door County more than twenty years ago with the intention of staying for one summer.

“One turned to two, and summers turned to winters,” she says, “and I still love living here.”

Her life in Door County has included starting businesses, writing for American Folklore Theatre (AFT), and joining True North Real Estate in 2008 as a founding partner. Working with collaborators Laurie Flanigan and James Kaplan, Duffin co-wrote AFT’s Loose Lips Sinks Ships, which is currently showing its third reprisal at the theatre this summer.

Duffin, originally from De Pere, WI, has made her home in Door County in many ways. Her ventures have included owning and operating several businesses, including the Village Café in Egg Harbor, Mumbo YoYo and Kick Coffee. She writes regularly for Door County Living, and is an active member of the Door County Community Foundation.

“There are plenty of beautiful places to live,” she says, “but Door County is special because in addition to the natural beauty, we are full of music, theatre, galleries, shops, restaurants, outdoor activity venues – all of the things that make it fun and soul-satisfying to live here.”

Duffin’s affiliation with American Folklore Theatre began in the early 1990s when the late Fred Alley (AFT co-founder) set up the first AFT office in the trunk of Duffin’s Nissan Sentra.

“AFT was new, and we were young and broke. It seemed the best and cheapest place to set up shop,” she laughs.

In 1998, she and AFT actress Laurie Flanigan, along with AFT composer James Kaplan, were playing euchre in a Milwaukee hotel room when the idea for a musical, based on Sturgeon Bay’s ship-producing role during Word War II, came about. For the next three years, Flanigan and Duffin poured over microfiche, camped out in the history room of the Sturgeon Bay Library, and conducted more than forty interviews with men and women who gave first-hand accounts of their work. Kaplan joined the team to write music, and the show went through the first AFT-sponsored workshop process.

“Besides my partners, Laurie Flanigan and James Kaplan,” Duffin says, “artistic director Jeff Herbst and choreographer Pam Kriger were the most instrumental in making this show the success that it is.” 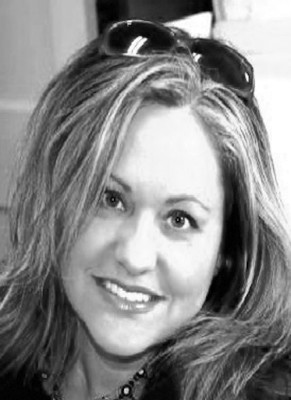 “It’s the only theatre in the country that offers original, musical, family friendly (but not ‘children’s’) theatre,” she says. “If that’s not enough, the experience of being in the park, in the dark and under the stars, is really something. In an age of passive, screen-based entertainment, this is a whole different experience. It’s the real deal.”

For Duffin, being immersed in the business, arts and non-profit sectors of Door County helps her appreciate what makes her county thrive.

“If you live here long enough, if you need to earn a living, and if you care to be actively involved, you often end up participating in every sector of the community. For me, it’s meant cultivating a better understanding of how much work goes into making a community as vibrant as ours.”