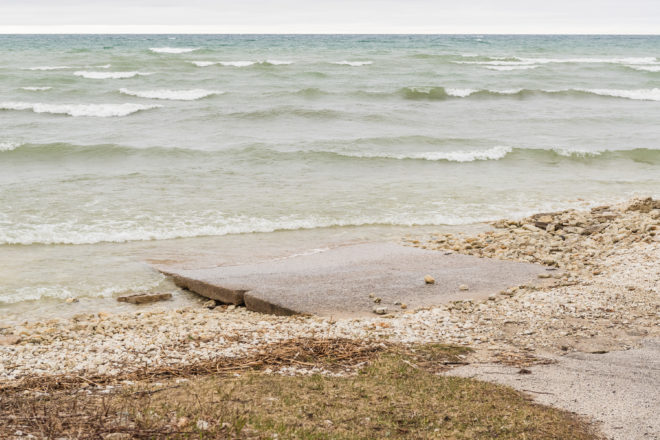 At its March town board meeting, which was held on April 6, the Jacksonport Town Board voted to begin charging a $5 launch fee for individuals who launch kayaks from the town’s Schauer Park. The board members also decided to charge kayak companies that launch from there a $500 annual launch fee.

The board was originally considering a five percent fee on gross incomes for kayak companies, but heard from Dave Rack of Door County Kayaks, who said his company would prefer to pay a flat fee, and suggested the amount of $300.

Town Board Supervisor Tom Wilson said the park gets a lot of launch use.

“It’s a very special place to get to Cave Point,” he said.

Wilson also recognized that the parking lot is in poor condition and that the rocky launch could probably be improved. He said the town would like to get some revenue coming in from launch fees to make those improvements. 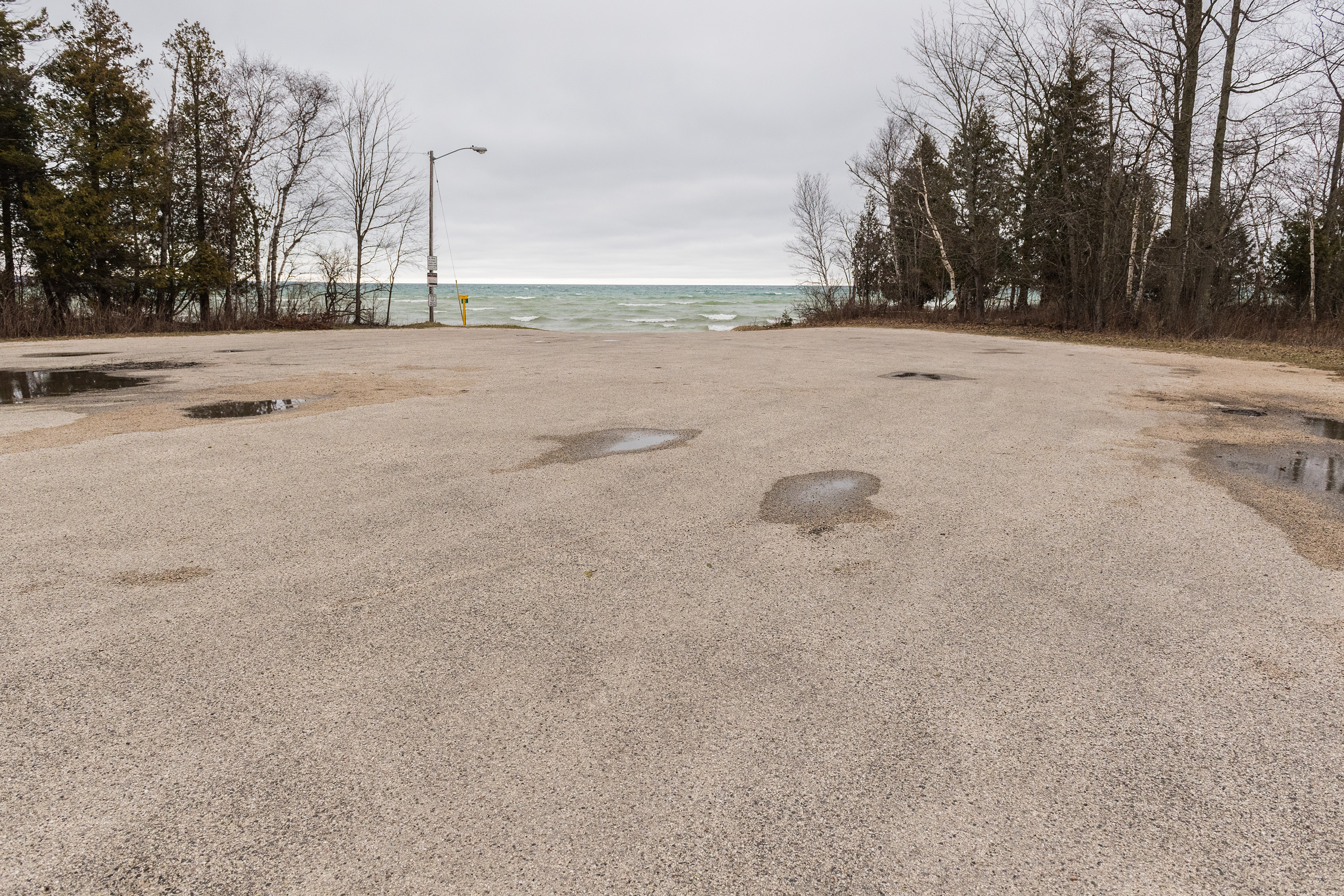 The paarking lot at the Schauer Park boat launch. Photo by Len Villano.

Audience member Little Bit LeClair suggested that $5 is too much for a kayak launch.

“It’s for the goal of making it better,” Wilson said. He added that in the future, as improvements are made to Lakeside Park, it is hoped the kayak companies will operate right out of the downtown park.

Supervisor Tim Bley advocated for an “apples to apples” flat fee for the kayak companies because “trying to do business is getting harder and harder in this county.”

Town Chair Randy Halstead suggested $500 for companies and $5 for individuals, which was unanimously approved.

Wilson also reported on a park walkabout the Parks Committee did on April 3 to make some decisions about the location for the new restrooms.

“The consensus was to put them where they are now in the central part of the park,” Wilson said. He added that the committee thought it was better to go with two holding tanks for the restrooms rather than a septic system.

The Parks Committee also suggested the town work with a design building firm that can take the building from concept to finished project, instead of separately hiring an architect to design the restrooms. The restrooms will be seasonal.

The town also agreed to grant town resident J.R. Jarosh a $2,500 loan that he will pay back by July 1 to purchase equipment for a nine-hole disc golf course behind the town hall.

Jarosh, who described himself as a longtime disc golfer, explained that Shane Solomon and a new group known as Door Disc Golf have been going to other communities in an attempt to create a series of disc golf courses throughout the county to attract disc golfers to Door County.

Following their example of meeting with town and village boards to discuss disc golf, Jarosh decided to go it alone in Jacksonport. He had already designed a course on the town property, and with the town loan, he could purchase the disc golf baskets and have them up for the coming season, promising to raise the money from sponsors to make it all happen.

Jarosh said the cost to the town would be zero. He said he would be able to raise donations to pay back the loan and would maintain the course himself. He suggested a putting basket also be installed at Lakeside Park with a sign alerting folks to the course two blocks away.

The town’s Parks Committee had already approved the idea for a disc golf course, so the board followed their example.

The town also decided to put on the agenda for its April 18 annual town meeting the idea of going from a three-person town board to a five-member board. They will also look at going from separate town clerk and treasurer position, to one person doing both jobs. Doing so would mean hiring an outside auditor annually to perform the checks and balances that are performed with the two-person setup. The annual meeting begins at 7 pm.